How to Get Shiny Greninja in Pokemon GO - Prima Games
Tips

How to Get Shiny Greninja in Pokemon GO

Greninja makes wearing your tongue as a scarf cool 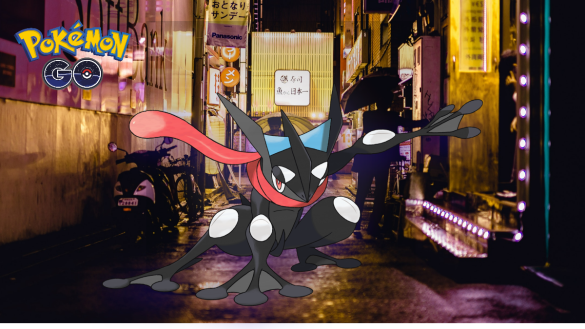 January 7 marked the start and end of Chespin’s Community Day in Pokemon GO. But as the grass-crowned bids farewell, trainers have started to wonder when we’ll see the rest of the Kalos Starters. In particular, when will we see Froakie and, by extension, how can we get Shiny Greninja in Pokemon GO.

How to Get Shiny Greninja in Pokemon GO

There are few starter Pokemon that have achieved mass popularity like Greninja. And who can blame trainers for falling for Greninja’s sleek, ninja-like charms? Its also has an extremely cool Shiny, with its skin taking on a jet-black appearance that perfectly matches its aesthetic.

So, how can you get Shiny Greninja?

There are numerous ways. You’re unlikely to encounter Greninja in its final form… but Froakie is another matter entirely. Froakies can be found as Wild Encounters, just hanging out in the Overworld waiting to be clicked and caught. They can also occasionally hatch from 5 km eggs, but this might be exclusive to events.

Related: How to Get Jirachi in Pokemon GO

If your heart is set on Shiny Greninja, you’ll be able to beat the odds on Froakie’s Community Day, in which they’ll appear in increasing number. Otherwise, your normal odds of finding a Shiny Pokemon in Pokemon GO is low – only 1 in 500.

If you really want to ensure you skew the odds in your favor, pop some incense, too. This sweet fragrance will be irresistible to any frogs lurking in your area.

Good luck getting that Shiny Froakie (and by extension, Greninja), Trainer!