How to Get More Shelves in Potionomics - Prima Games
Tips

How to Get More Shelves in Potionomics 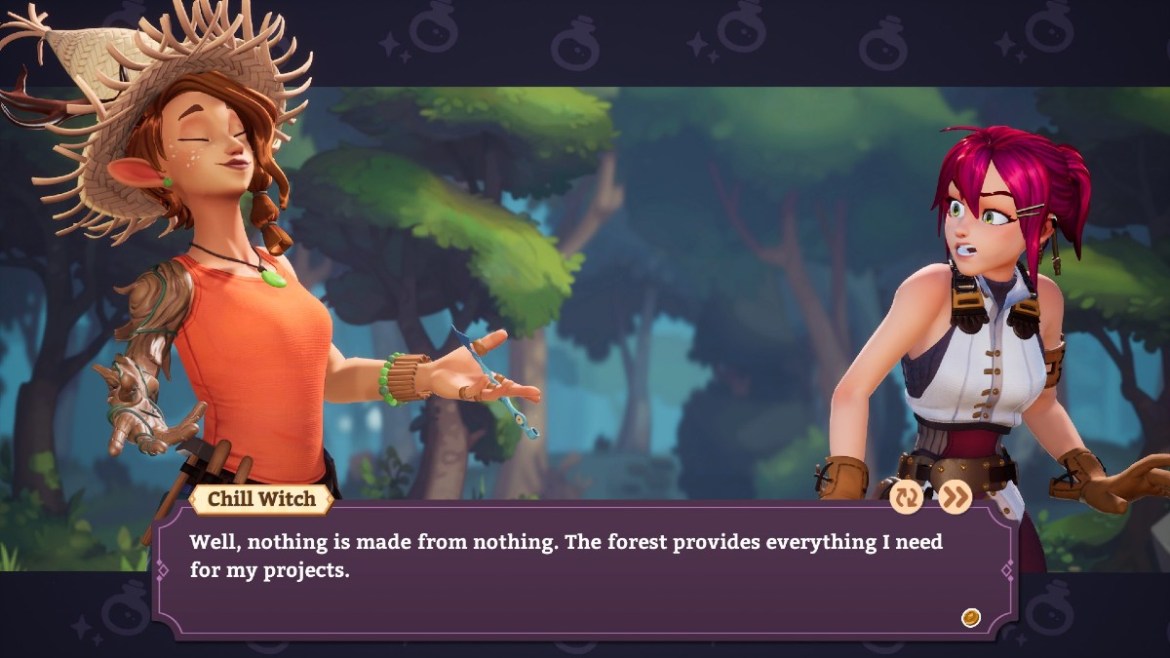 In Potionomics, everything you do is related to progress. If you want to make friends, you gotta know what they’re gonna do for you. You wanna sell more potions, you gotta figure out what other mechanics are tied to that. For example, you start Potionomics with one shelf that holds three brews, and one cauldron for brewing. This sorely limits your output. And you can buy more, but you can’t just toss ‘em out in the shop. You need space. So what gives?

How to Get More Shelves and Cauldrons in Potionomics

In order to get more shelves and cauldrons, and actually use more than one at a time, you need access to three different characters. You meet Muktuk first, with the game practically shoving you into him. He’s the guy who actually makes the hardware, and eventually upgrades it as long as you have the money and resources. But if you’re starting out and wondering what’s after that, you also need Saffron.

Saffron is a carpenter who is the person you need to actually get space for more equipment. She can help you make room for more cauldrons and more shelves, so you can properly stock up instead of brewing one crappy recipe at a time. You won’t see her for a while, though. It takes several days before she appears, and she’s just kind of brought up casually in conversation with Owl.

Just like all the other merchants, you need to use time traveling to talk to Saffron, and you can’t just give her money for shop upgrades. She needs building materials as well, aka the things you toss in your fire to brew potions faster. But how do you get things like mushrooms and cacti? Mint. Mint is the answer to most early game problems, thanks to her raucous adventuring out in the swamps and deserts surrounding your weirdo magic town.

If you’re using your time wisely it’s totally possible to gain access to at least a second cauldron if not a second shelf as well. But don’t sweat it too much if you don’t have this stuff by the first 10-day deadline. It’s more of a bonus at that point than a requirement.