How to Get the Krig 6 in COD Mobile Season 9 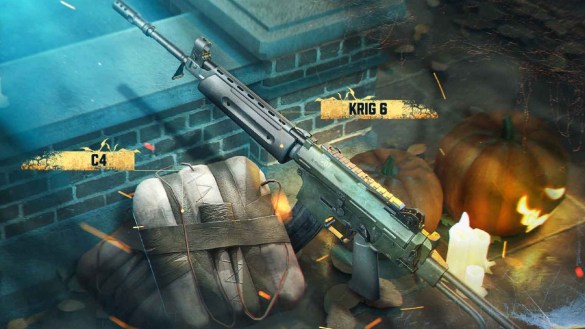 With the announcement of COD Mobile Season 9, we know the next weapon that players can get their hands on is the Krig 6. The assault rifle from Call of Duty: Black Ops Cold War is known for its accuracy and power in Warzone as well as the default multiplayer for Cold War.

There’s no doubt that players will flock to the new assault rifle if it’s anything like it was in the past two years of Call of Duty. But before you can pick it up for yourself, you’ll need to unlock the weapon. Our guide will go over exactly how to unlock the Krig 6 and use it within your own COD Mobile Season 9 loadout.

COD Mobile Season 9 – How to Unlock the Krig 6

The Black Ops Cold War assault rifle will be available to unlock starting on October 12, 2022, when Season 9 officially begins. Once the Halloween-based season is live, you can pursue the new content by increasing your Battle Pass level. This includes both the Krig 6 and the new C4 lethal item.

C4 is available after you reach level 14 in the Battle Pass. At level 21 you will officially unlock the Krig 6 and you can begin using it in your own loadouts for the Battle Royale, Multiplayer, or Zombies. There are no challenges to complete as long as you unlock the Cold War assault rifle during Season 9. Afterward, you’ll have to complete a class-related challenge for the unlock.

Related: What are Operator Skills in COD Mobile? – Answered

Luckily, the Battle Pass always has some free tiers, and reaching level 21 won’t take too long. Using some XP tokens or match bonuses can help you speed up the process. If you feel like spending some money, you can always buy some Battle Pass tiers in COD Mobile Season 9, or you could save those credits for the Ice Drake skin that’s on the way for the Krig 6.

And that’s all. For more guides, news, and updates, check out the dedicated Call of Duty: Mobile section on the site!