How to Get Dratini, Dragonair and Dragonite in Pokemon Scarlet & Violet - Prima Games
Tips

How to Get Dratini, Dragonair and Dragonite in Pokemon Scarlet & Violet 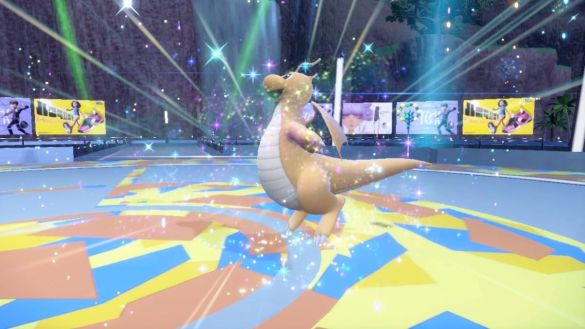 Trainers, did you know that the moment your Koraidon / Miriadan learns to swim by (spoiler) defeating the Open Sky Titan, there’s nothing preventing you from zooming straight across the Asado Desert, past Cascarrafa, and Porto Marinada?

Sure, that might not seem like such a big deal. After dealing with the Spoiler Titan, the Pokemon in the areas surrounding these cities should be very easy to handle. But go a little further North and you’ll hit Casseroya Lake. A lake full to the brim with the widest array of water and dragon Pokemon I’ve ever seen in a game. It’s like Spring Break in a cheap Florida hotel pool: the water’s practically Pokemon soup.

But skip the Gyarados, Vaporeons, the Golducks, we’re here for one reason. The original dragon family.

How to Get Dratini, Dragonair and Dragonite in Pokemon Scarlet & Violet

Yep, if you want to get your hands on Dratini, Dragonair, and (through them) Dragonite, one of the best places to visit is Casseroya Lake. The primary issue with this hotspot is that the Pokemon here are tough. Many of them are at least level 51 or higher and they spawn in dense, frequently aggressive, packs.

Related: Pokemon Scarlet and Violet: How to Make Custom Sandwiches

But if you’re determined (as I was) you can zoom your buoyant motorcycle legendary right to the middle of the lake. There, usually around the central island, you’ll be able to spot a few scattered Dratinis. But it’s also possible to spot Dragonair in the lake, usually in the company of a small squad of Dratini. You can lob thirty great balls at them, hoping they don’t wipe your team, or slowly whittle away their health and capture them normally.

It’s important to note that Dratini (and Dragonair) tend to be shy, so they’ll run if you get to close. So lob a Pokeball at a distance to start the fight.

Once you’ve captured a Dratini, the process for leveling it up to Dragonair (or Dragonite) is straightforward. Dratini evolves into Dragonair at Level 30, and then into Dragonite at Level 55. The grind to 55 can be tedious, but with most of the grunt work already done I’ve no doubt you’ll soon have a Dragonite on your team.