How to Get Cyclizar in Pokemon Scarlet and Violet 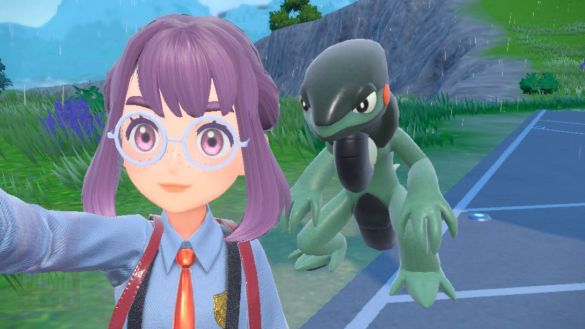 How to Get Cyclizar in Pokemon Scarlet and Violet

Cyclizar, the weird lizard bike Pokemon, was shown off before Pokemon Scarlet and Violet launched. This little green guy can be found in both the East and West Provinces. This is found in Area Two so that you won’t run into them immediately but shortly after you begin your Pokemon journey.

Cyclizar is a dragon/normal type and does not evolve. So if you’re looking for an early-game dragon Pokemon, it’s perfect for your team composition. You’ll undoubtedly find more powerful and better dragon types during your time in Paldea, but if you’re looking for something quick and easy, Cyclizar will get the job done.

Can Cyclizar be Shiny?

Cyclizar does have a Shiny version. Instead of the dark green, Shiny Cyclizar sports a khaki green and beige head. Keep your eyes peeled for one in the wild. If you throw out your Pokemon using the “Let’s Go” feature, it won’t kill a Shiny so there are no worries there – it’ll simply shake its head and refuse to go near it.

Well, that’s everything you need to know about how to get Cyclizar in Pokemon Scarlet and Violet. We have plenty of tips, tricks, and guides on the game for you to check out. Check out all of the new Pokemon in Scarlet and Violet. There are plenty and you’ll be sure to find your next favorite.