How to Do Timed Strikes in Gotham Knights - Prima Games
Tips

How to Do Timed Strikes in Gotham Knights

The "Clayface as a Goomba" gag writes itself 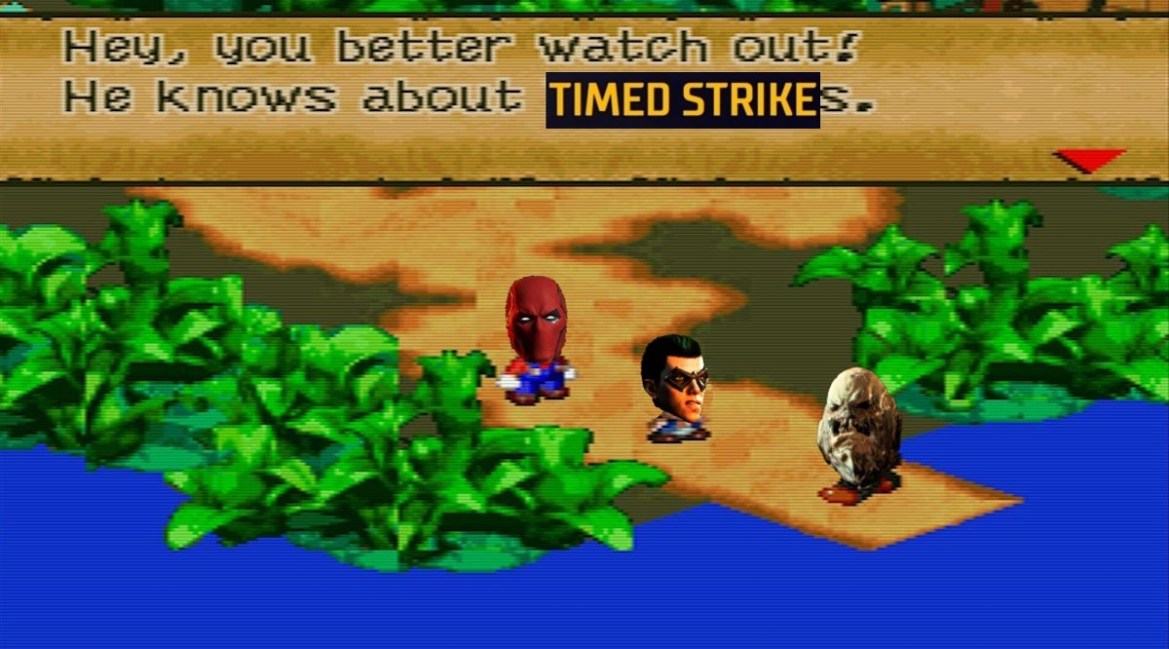 So when Gotham Knights was first coming out, there was a lot of brouhaha about whether or not the game is anything like Arkham Knight (and its siblings), or if this was something altogether new. Lots of “dang, this isn’t like Arkham” stuff, but that’s a whole other can of worms. That said, one of the big ways Gotham Knights is different from the other big, AAA Batman games is its combat cadence. While Arkham is fast and fluid, Gotham Knights is slower and more tactile. And one of the biggest parts of that is Timed Strikes.

I hope you enjoyed my stupid Mario RPG homage up there, especially since it’s a helpful comparison! To perform a timed strike, you need to attack, then press the button for the next attack right when the first one is about to hit. In a lot of cases, you really need to watch the animations and learn how they play out, as depending on where you are in a combo string the timing will vary. It’s a lot like Mario RPG, in which you had to figure out not just when to press the button, but where.

Related: 4 Things I Wish I Knew Before Starting Gotham Knights

If you want to practice Timed Strikes, you can go check out the training mission in the Belfry, which is really something you should be doing anyway to be frank. You get stuff for doing all the challenges, and you wouldn’t be out there on Google hoping some nerd can articulate how it works properly. Just sayin’.

You’ll know you did it right if you get a big flash on contact. You can even put that to practice in a longer series of hits, because you don’t get anything fun with normal hits. While there are times when Gotham Knights feeds you wonky information (such as above, where it states Jason Todd can only do ranged timed strikes), you should be able to get timed strikes to pop off on most basic attacks.

Sometimes every little bit of damage helps, especially if you aren’t geared up well enough for boss fights. Getting a handle on Timed Strikes will go a long way for you in Gotham Knights.