Those "Beyond" suits are ugly though 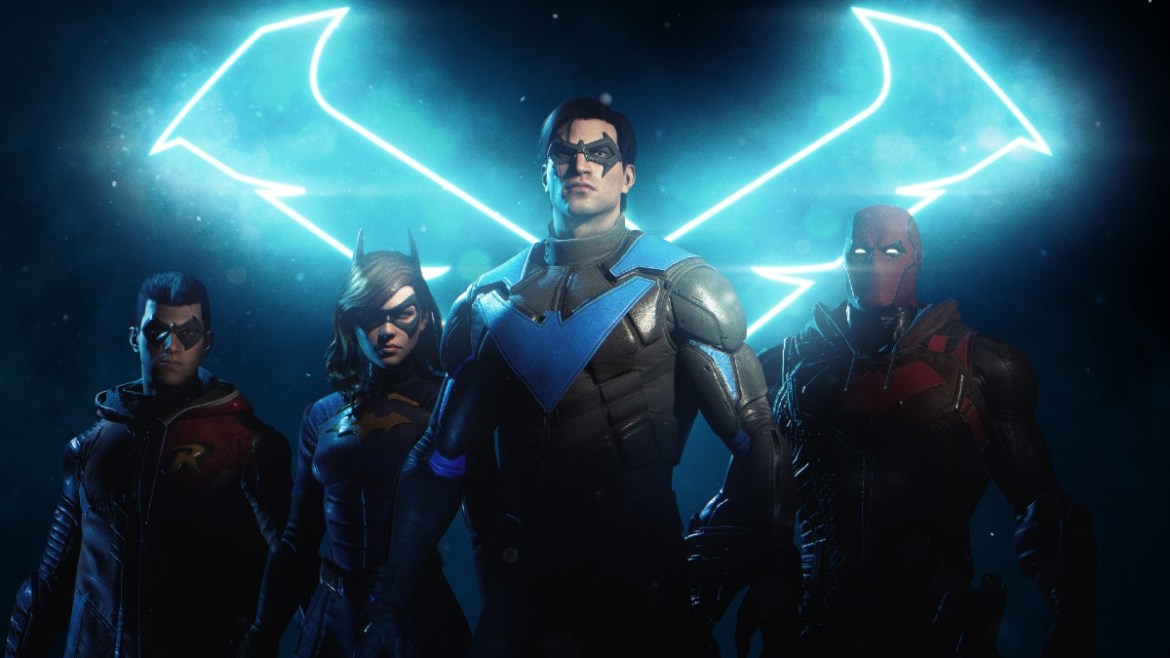 I grew up a pretty intense Batman sicko. Something about the character drew me in and kept me for literal decades. These days I’m a little worn out on “rich guy beats up poor people” stuff but that longtime attachment lingers in many ways. I’m always willing to play the videogames for example. Batman games always have something interesting going on even if they’re not great. My two favorites are Arkham Origins and Rise of Sin Tzu, both underrated in the bigger conversation. Gotham Knights is basically those two games smashed together, with the scope of a new generation AAA tentpole and the rough edges of ambition hampering mass appeal.

You can draw a straight line from Arkham Origins to Gotham Knights. This game doesn’t have the smooth edges of AAA polish you’d expect from a Rocksteady joint, but it still has those identifiable roots and uses them. This game isn’t afraid to bite off chunks of familiar Batman lore, chew on it a bit, then spit out something notably different. This game thinks comic books are neat, even the silly parts. Everything I liked so much about Origins compared to the greater Arkham line is present in Gotham Knights.

Gotham Knights isn’t really a Batman game, though, is it? After all, that dude is dead. Like capital-D Dead. Dead as a doornail, as the kids say. We even watch him die right at the beginning in a totally wild opening cutscene, which set the tone by catching me off guard. Instead of Batman we follow a ragtag crew of sidekicks, each with different degrees of experience and confidence in themselves without the Big Boy around. There’s more of a warmth to this crew’s relationships and they take to Alfred Pennyworth as a de facto mentor-slash-administrator as they work together to fill a massive void, one that Gotham City got a whiff of and immediately took advantage.

Remember all those rumors about Rocksteady making a Teenage Mutant Ninja Turtles game? Well, that didn’t happen but WB Montreal got us there anyway with Gotham Knights.

I’m serious. Gotham Knights is more like a highly evolved beat ‘em up than an Arkham game. It’s so Not an Arkham game it’s almost weird when the little bits and pieces of familiarity pop up. You choose your “Turtle,” swap when you feel like, grab a friend and play drop in/out co-op and beat the stuffing out of goons no matter what else is going on. Sure there are Arkham-like stealth options, but they’re mostly for earning a cute bonus or two before getting to the good part. There’s a playfulness here that is sorely missing from most other mass media Batman stuff. The heroes have those wacky “comic book eyes” that blink and emote despite being bright lenses. Instead of grumbling and calling everyone bitches, most enemies are weirdos more akin to baddies in a Final Fight game. Tim Drake really wants to prove to Dick Grayson the Chupacabra is real and you can play Spy Hunter in the Belfry home base.

I was really taken aback by Gotham Knight’s tone and sense of empathy especially. This isn’t just a story about replacing or living up to Batman. It’s also about grieving. And not just for Batman, but for other twists and turns life can bring (or unlife in Jason Todd’s case). One of the biggest themes is support, both between people who are sharing that grief, and people on the outside who want to help (and when that help sometimes doesn’t help at all). Todd, a character I have hella mixed feelings about overall, ended up being my favorite part of Gotham Knights.

From the jump I was ready to roll my eyes at Red Hood’s inclusion in the group. I’ve been wary of this character even since Judd Winick brought him into the fold back in like 2005, and the only time DC has really made him stand out was the Under the Hood movie. Gotham Knights takes a similar approach to Todd, but also takes a lot of artistic license. He’s a huge, beefy gorilla man instead of another dude who looks like Robin. He’s got a Brock Lesnar crew cut, a huge scar on the side of his face and an email inbox full of self-help spam and therapy scheduling. He’s a grease monkey and a bookworm and definitely a pro wrestling fan if his moveset is any indication.

The writing team at WB Montreal also zeroed in on Todd as a trauma survivor. Dude went through a lot for no reason, and “a lot” is an understatement. And through that we see not just trauma as backstory or fuel for anti-hero antics. We also see how people can respond to someone going through that shit, how one or two careless words in a sentence can yank that trauma up like a bath plug, how being treated like a fragile doll with a bomb inside can be just as painful. And we also see the mixed results of wanting so badly to get better despite the times the bad stuff gets the upper hand.

I don’t care how predictable an A-Plot is when you get so much of the good shit on the side. Give me new twists on established characters, let me roll around in a pile of leaves and let the wind blow ‘em away instead of lining up a bunch of identical trash bags, you feel me? Even if not everything lands all squeaky clean-like, I love when you can feel like everyone really tried right there in the text. There’s just as much surprising nuance or cool moments in Gotham Knights as there are missteps or pratfalls.

Co-Op is something I was unsure of going into Gotham Knights, and after playing a few hours with fellow Prima Teama vigilante Jesse Vitelli, I’m stoked to play more. It’s easy to see why that frame rate drama happened because “untethered” is starkly accurate. When a second player joins in the two of you can seriously just do whatever you want independent of each other (unless story content is happening). It’s pretty seamless and some interactions (such as being able to split objective points in the unavoidable Superman 64-style navigation minigames) are fascinating. The team attacks are dope as hell too, so the basics are accounted for.

There are snags, of course. Especially if you approach Gotham Knights expecting something more directly tied to those Arkham games. It’s slower and crunchier, and asks you to engage in combat with a totally different mentality. Getting around the open world can be awkward, especially before you unlock your characters’ Knighthood ability. The Batcycle is simultaneously underwhelming and wild as hell depending on what you’re doing with it. The whole gear system is sloppily communicated and takes more effort to fully understand than it should. And like any good brawler, repetition can and will wear down on you.

But Gotham Knights is neither a live service game, nor the usual open world AAA tar pit that expects dozens of hours from players to even see a credit roll. The campaign is refreshingly snappy and gear is more about tinkering and refreshing your look every now and then. A four-player horde-like thing is coming, but I’m not being asked to buy a battle pass or whatever.

Again, this game has so much TMNT energy it’s almost surprising the Foot Clan doesn’t show up. Gotham Knights is more about taking in the story and vibing with a friend if you feel like it, maybe dropping in or out of a game with randoms to spend a while kicking ass and watching numbers go up. But there’s no inherent pressure. This may be one of the most chill AAA videogames I’ve played in a long time.

I haven’t come away from a DC Comics… anything with such a sense of satisfaction on a critical audience level in a long-ass time. Grant Morrison’s Batman comics run started what, somewhere in the neighborhood of fifteen years ago? Gotham Knights is everything I want from a superhero game in one package. Final Fight-style brawling, laid back cooperative options and a storytelling approach with buckets of creative energy are here in spades. Sure there are technical snaggles and pitfalls here and there. Some of them deeper than others. But I’m so glad Gotham Knights cares enough to take that home run swing in the first place.