How to Complete the M-004 Puzzle in Sonic Frontiers 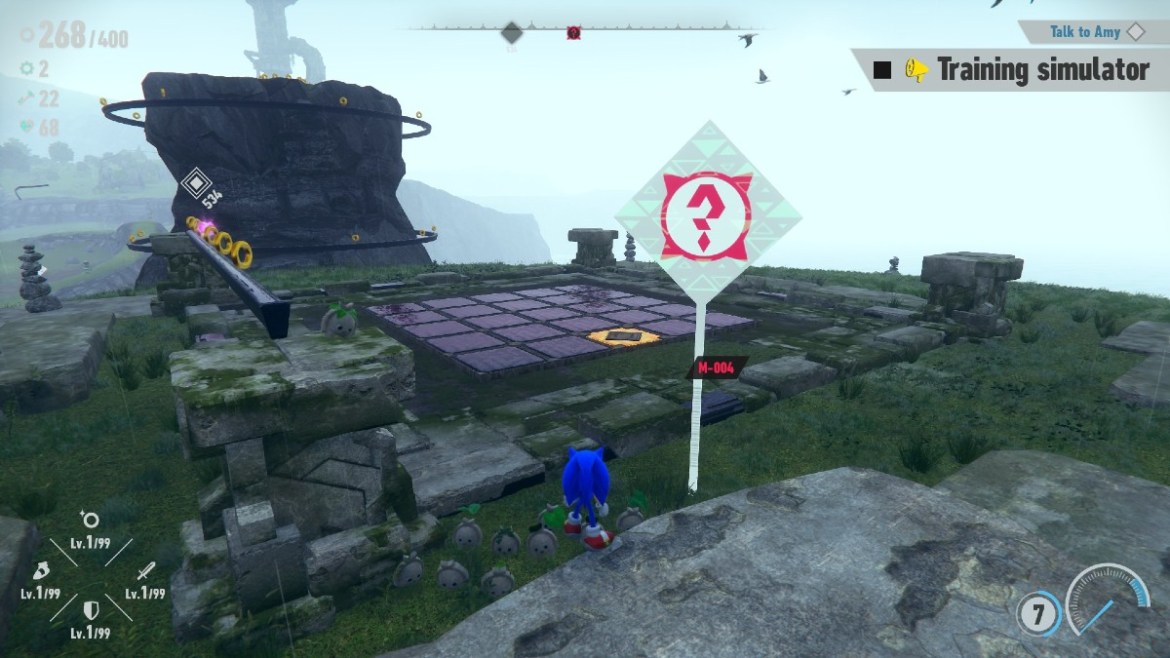 The fourth map puzzle in Sonic Frontiers is a style of videogame puzzle we’ve seen elsewhere a million times. But it’s not signposted, which seems to be the major theme of these challenges. You have to look at the stuff in front of you, then figure out how the objects want you to interact with them. This one looks like a capital-P puzzle, giving you a board of squares with one square sitting at a different color than the others. So if you need some help, we’re here to do that exact thing. Helping. Yeah.

Related: How to Complete the M-002 Puzzle in Sonic Frontiers

So as you may have figured, the differently-colored square is the starting point; the hint here is trying to tell you to stand on that square to “activate” the puzzle. But then once you do that there’s no other major hinting aside from the… square made of squares looping around the grid on the ground. This means you need to walk that path! And the trick is, you have to follow the path without breaking it. It’s a one-way-only sort of deal.

Related: How to Complete the M-003 Puzzle in Sonic Frontiers

Now, that sounds easy, right? But really what this puzzle is, is a form of foreshadowing. There are gonna be map puzzles as Sonic Frontiers develops that also use this style of mechanic. But of course, they’re gonna be more complicated than the one here. As an example, there are some other map puzzles that look like hamster wheels (which were shown off in early trailers), and it doesn’t take long to find a second one after the first. And those ones are dressed-up stat checks.

So keep that in mind as you’re breezing through those early map puzzles. Even if the stuff is super easy at first, eventually there are gonna be actual challenges these earlier ones are meant to prepare you for. This is the actual useful part of this guide, I would imagine.