This quest will test your patience and your sanity. 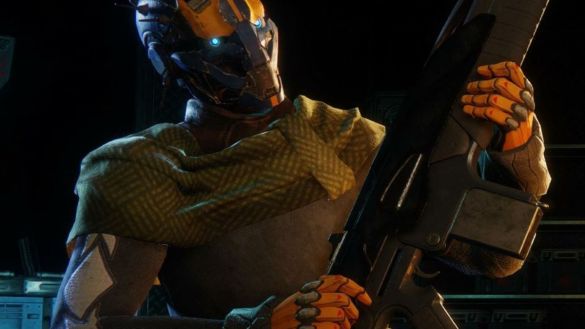 If you’ve played any amount of Iron Banner, you know there are a few methods of absolutely dominating the point. There’s the Ward of Dawn Titan (lovingly dubbed the Bubble Titan) for dealing with Ciatal’s high-value zone, and then there’s the Witherhoard for everything else.

The Witherhoard is an Exotic Grenade Launcher that fills your Kinetic weapon slot and uses Special ammo. And what makes their Exotic weapon so good is that each of its shots creates a lasting environmental Blight hazard, about the size of the control point.

But if you have the Witherhoard, you need its Catalyst. And to get that Catalyst in Destiny 2, you’re going to need to complete The Bank Job quest.

How to Complete the Bank Job Quest in Destiny 2

First things first, you’re going to need the Witherhoard in your inventory to start this quest. If you had the Premium Battle Pass during the Season of Arrivals, you unlocked it for free. But if you missed it then, never fear. Head over to the Tower to the Monument of the Lost, the Exotic Archive. You can purchase it for:

And you must also have Destiny 2: Shadowkeep.

Once you have Witherhoard in your possession, you’ll be prompted to speak with Banshe-44. Do so, and he’ll hand you the quest “The Bank Job.”

You’ll need to obtain 50 Vault Keys for your heist but doing so is fairly easy. You’ll just need to kill enemies with Kinetic or Special Grenade launchers. The best place to do this is the Moon. Head over to Shadow’s Harbor and farm the Nightmare Altars, which are always running. Ideally, run grenade launchers in both your Kinetic and Energy Slot and prioritize Thralls. They’re your best bet to get the “rapidly defeat combatants” boost. Witherhoard is recommended, especially here, as its tick damage will work wonders against enemies’ perpetual flow.

Related: How to Get the Veles-X in Destiny 2

Look, I’ll be honest with you. This step will make or break whether you get the Catalyst for the Witherhoard. It’s going to be a grind. Here’s what you need to do.

Yeah, that’s a lot. If you’re not certain what a Filthy Lucre is, it’s a resource that will only drop while you’re doing this quest and will come from completing Strikes, Gambit matches, and Crucible matches. And while this was a little easier during the Season of Arrivals when the Battle Pass gave you a Catalyst exp Boost, there’s no such luck for people trying to complete this quest in 2023.

Your best bet is to take the Witherhoard into Crucible while the Iron Banner is running and just spam the hell out of those points. It’s going to be a long process, but eventually, you should be able to complete all three objectives using just one mode.

Once that monumental task is done, return to Banshee-44 in the Tower. He’ll reward you the Catalyst. You’ve definitely earned it.