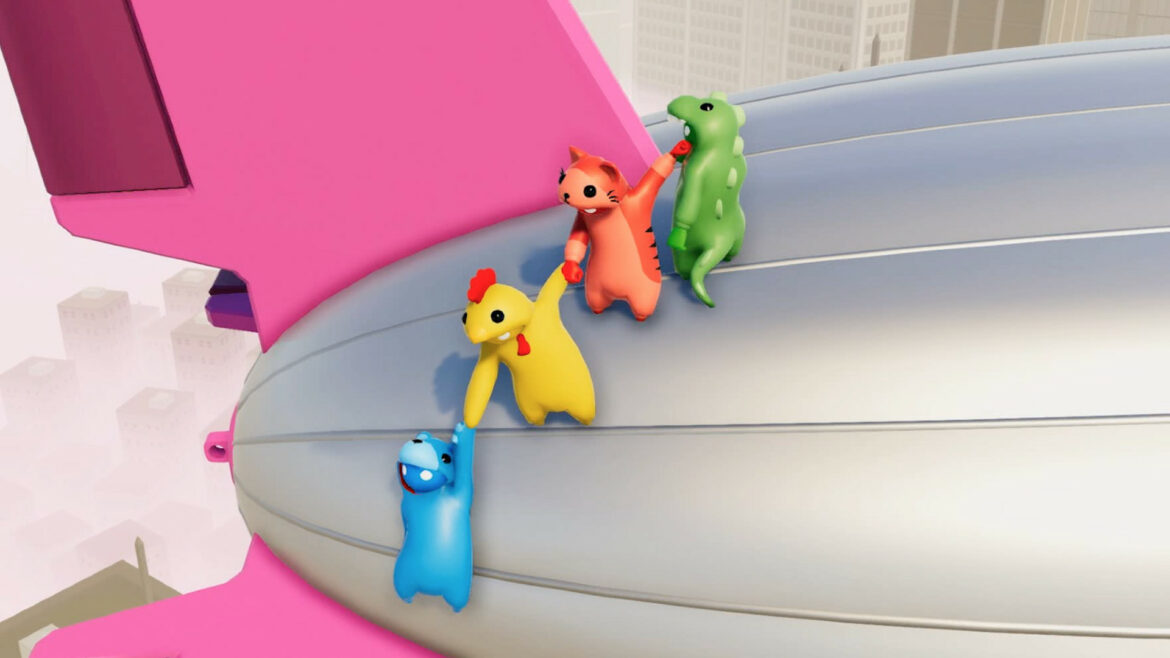 Gang Beasts is the primordial “jiggly physics nonsense party game,” and frankly we recommend starting there before hitting any of its contemporaries. There’s something about the original that’s just, funnier somehow. But also, Gang Beasts is kind of a brawling game with rounds to win, even if your fate is more in the game’s hands than your own. Still, knowing the controls helps. Here’s how to climb in Gang Beasts.

Related: Genshin Impact: How to Get The Unforged and Best Characters to Pair it With

As you may know, Gang Beasts is about grabbing stuff. Ledges, weapons, other players. Not yourself, though. That’d be weird. Anyway, the basic controls are grabbing with each hand, jumping, kicking, and headbutting. We’ll use Xbox-style controls for the guide here, and you can assume the relative positions are the same across consoles.

To climb up a ledge, you need to grab onto it with both hands, then jump. If the ledge is higher and you need to Climb Better, press jump twice. In some situations, you’ll also have to sort of vault over the ledge to get back, since you can’t just jump back over whatever it is you’re climbing. In that case, while still grabbing you need to hold kick then press headbutt, then use the stick to aim your legs as your gelatinous gladiator tries to vault.

Now you have an ever-so-slight competitive edge. In Gang Beasts. For some reason.