How to Catch Shadow Registeel in Pokemon GO 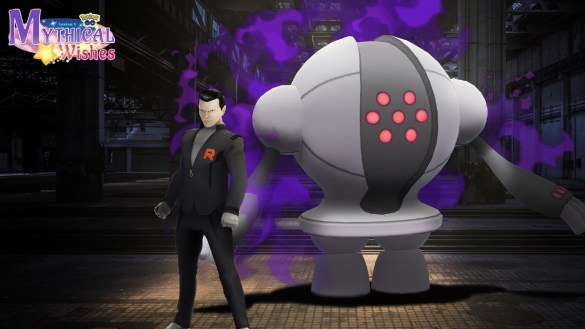 Love it or hate it, you’ll soon have the chance to save Shadow Registeel from the grasp of Team GO Rocket in Pokemon GO. We all know he’s one of the more annoying picks in the Great League for PvP, so you may be tempted to leave it behind, or you can attempt to pick the Legendary up for yourself.

Registeel is typically used for the tanky aspect of the Pokemon, but the Shadow variant offers up some much higher damage that could change the meta just a bit in the GO Battle League. Below you can read through how any Trainer can catch Shadow Registeel themselves and ensure that they aren’t left behind with this upcoming event.

Shadow Pokemon are always tied to the Team GO Rocket Boss, also known as the iconic Giovanni. While he’s most well known for his Mewtwo, he’s also known to have other Legendaries under his control during select takeover events in Pokemon GO. Starting on February 1, 2023, Giovanni will have Shadow Registeel in his possession.

Anyone who logs into Pokemon GO from February 1 to March 1 will have access to a Special Research story that eventually leads to a confrontation with Giovanni. However, you can technically take earn Shadow Registeel anytime in that month by having a Super Rocket Radar. If you’ve saved any of these, they can be used in February to take on the latest Giovanni lineup.

After Mythical Wishes comes to an end in March, Pokemon GO Trainers will still have access to the Special Research story that leads to a Super Rocket Radar, but the opportunity to battle Shadow Registeel will be gone. Make sure you battle Giovanni and win so you can encounter the iron Legendary before time runs out. You may even get a shiny out of the deal.