How to Beat the Spider Guardian in Sonic Frontiers

Does whatever a Spider Guardian can 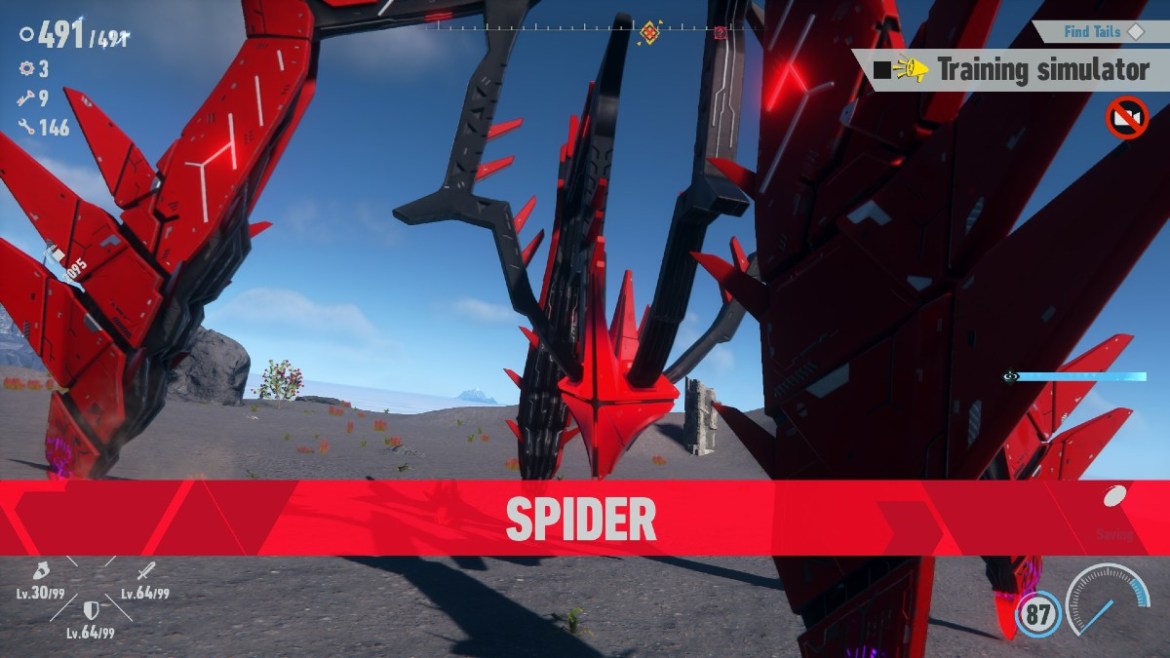 When you make it to Chaos Island in Sonic Frontiers, you’re a seasoned Guardian-stomper. Or at least you might feel like one. After all, you might notice some of the Guardian fights here go the Final Fight route of “the same enemy but a different color” power scaling. But there are still some new surprises here as well, such as the Spider Guardian. This thing has some tricks up its sleeve, that’s for sure.

At first, the Spider Guardian fight is logical enough. It’s doing dangerous stuff at you with its legs, because it’s a spider. You’ll notice its uh, feet(?) are glowing, the universal videogame sign of a weak point. The Spider Guardian knows it though, and has some shields protecting its toes. You know what to do, though. Either Cyloop them when they touch ground, or do a Homing Attack and follow up with the Quick Cyloop skill to okey-doke the force fields.

Now it’s time to do the usual damage burst while it’s stunned. Except not, because Spider Guardian watched the tapes and knows what’s coming. So Sonic gets launched into orbit like a piece of garbage. Now the real battle begins.

The game transitions to free fall mode as Sonic plummets back down to Earth (or Mobius or whatever). Hazards immediately appear, and you probably don’t wanna touch them. You do, however, want to touch the glowing, blue rings. Like a weird mobile game, going through the rings turns them into balls of energy that attack Spider.

Related: How to Beat the Pinball Mini-Game in Sonic Frontiers

When it’s time to land, one of two things happen. If you didn’t hit enough rings, Sonic gets batted back up into the sky in shame. If you do enough damage, you get a dope little animation and the fight continues.

Spider Guardian doesn’t just sit there and take it like other Guardians, but its core is wide open and you can wail on it all you want.