Get jacked or die trying 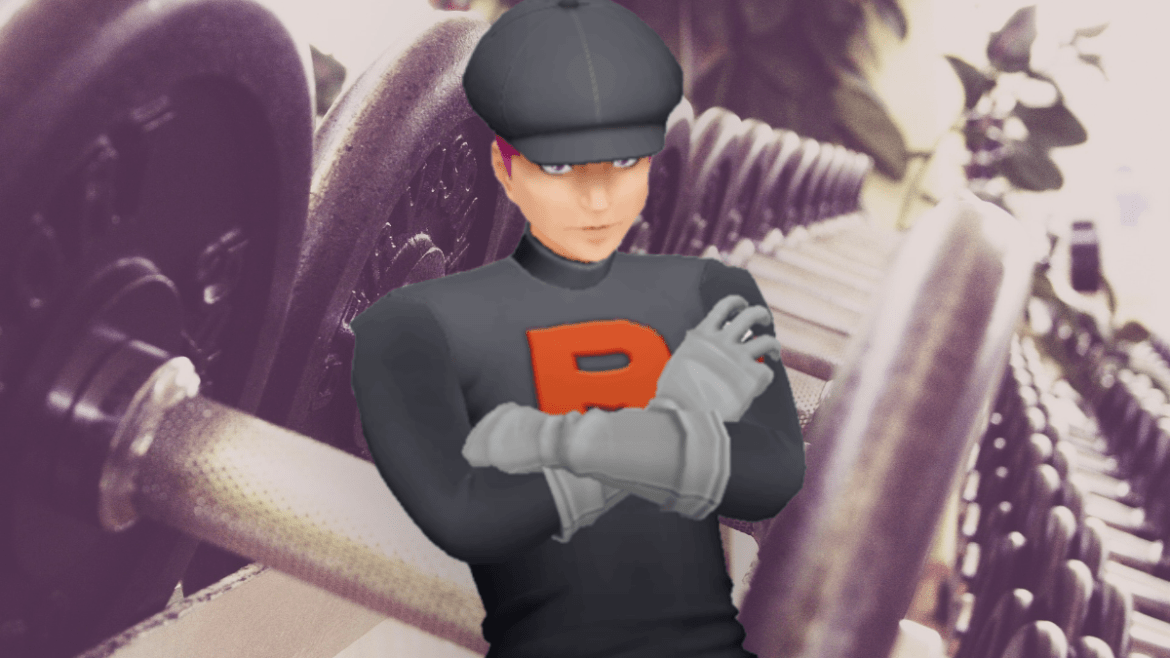 If there’s one thing that’s always a joy, it’s beating up the Team GO Rocket Grunts that will occasionally hang out above your house in an ominous hot air balloon. But not all of these Grunts are cut from the same cloth. There’s one in particular that might be giving you a hard time. And that’s the protein-guzzling Rocket with a penchant for Fighting types. Here’s how to defeat the This Buff Physique Isn’t Just for Show! Team GO Rocket Grunt in Pokemon GO.

As you might have guessed from his motto, this Team GO Grunt prefers Fighting types. He has three possible teams. They are:

Yeah, there’s one team that’s significantly harder than the others. But that’s alright, because if you approach the fight with the right Pokemon, you’ll send him and his Pokemon scurrying back to the gym.

Related: How to Get Shiny Greninja in Pokemon GO

All of the Team GO Rocket Grunt’s Pokemon are weak to Psychic, Fairy, and Flying-Type Pokemon, and they all resist Fighting-Types. But the absolute best Pokemon to bring are:

These three Pokemon will make short work of anything the Buff Grunt can throw at you. But any reasonably strong Pokemon with STAB super-effective moves should do the job, too.

Once defeated, you’ll have a chance to steal one of the Grunt’s Pokemon, with the pool being Makuhita, Hitmonchan, and Hitmonlee. Sadly, Machamp remains elusive. But considering how rare Tyrogue can be, a Hitmon Pokemon is a pretty good grab!

Good luck putting this Fighting-Type Specialist in the ground, Trainer!