How to Beat Nipulon in High On Life - Prima Games
Tips

How to Beat Nipulon in High On Life

Metal Gear Solid did it better 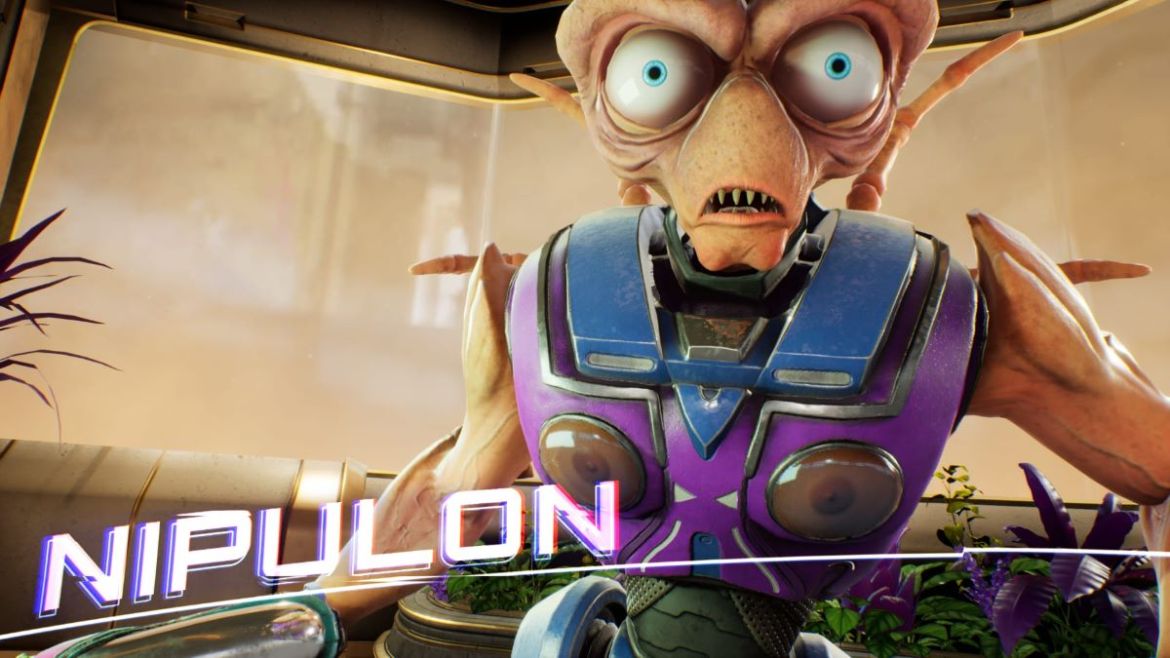 High On Life is an irreverent comedy sci-shooter that has you, bounty hunter and parent disappointer, take on the strongest members of an intergalactic space cartel. Don’t ask why you’re the only one trying to stop these guys, but for whatever reason, your Earth’s last and best hope.

One of the strangest of the G3 that you’ll fight is Nipulon. Nipulon is a space mantis who has transparent suction cups over his nipples. That has nothing to do with the boss fight. I just think it should be noted. But here’s how you actually beat him.

How to Beat Nipulon in High On Life

You’ll reach his office after taking out his goons in the spa below, then you’ll be asked to wait by Helen the Moglot for Nipulon to call you in. Here begins Phase 1.

Phase 1 is a standard shootout, in which you’ll fight Nipulon in his office. There’s a little cover to be found behind the couches, and you can use Sweezy’s time bubble to help slow him down if you feel like you’re taking too much damage. His gun shoots in a predictable arc, so keep moving to the side.

Whittle Nipulon’s health down to the halfway point and he’ll start filling the room with pink smoke. You’ll then start tripping.

Gene will be in front of you on a sad bench, similar to where you found him at the start of the game. Speak to him, select what answers you want, then Gene will disappear. Turn around, and you should see a beam of light. Head towards it and your perspective (and you) will shrink until you’re standing at the edge of a tar-rimmed hole.

Jump into it, and you’ll encounter Nipulon. Nipulon will start chatting garbage at you before splitting off into dozens of duplicates. This is Phase 2, and a damage phase. Your goal here is to find the real Nipulon.

The real Nipulon always looks exactly the same. He’ll have orange skin and a blue/purple suit. Find him as quickly as possible and start shooting, and he’ll take damage. He’ll teleport to a different location, but find him again and start shooting.

If you feel like you’re taking too much damage from the clones (who can shoot and hurt you), shoot the clone and they’ll vanish. You’ll be able to do about a quarter of Nipulon’s health bar this round.

You’ll then enter another foggy dream world, where you’ll have to talk to Lizzie. She’s surprisingly supportive. Once she’s done, head towards the beam of light and another black hole. Descend, and you’ll face Nipulon again in a similar scenario as Phase 2.

Phase 3 is a little harder. Nipulon’s clones will now come together in these deadly clone balls, which have laser beams. It’s extremely difficult to dodge during this phase, so feel free to shoot the clones and reduce the beams, then lay down fire into the real Nipulon. Who is still orange with a blue-purple suit.

He’s even more noticeable now because the duplicate Nipulon’s continuously change colors while the real Nipulon stays consistent in his shade.

You’ll have to deal with four of these Nipulon balls before you’re transported into the last dream world. Collect all of your guns, which will be at all the scattered landmarks, then descend into the last hole. You’ll have a nice little moment with your weapon friends.

You’ll then be teleported into the long corridor outside of Nipulon’s office… but you’ll be able to shoot all four of your guns at once. It’s awesome. Destroy all the clones and decimate the last bit of Nipulon’s health to reveal the fact that he is already very, very dead. Whoops.

Oh well! A win’s a win. Congrats on bringing down another G3 cartel boss.