How to Appear Offline in COD Modern Warfare 2 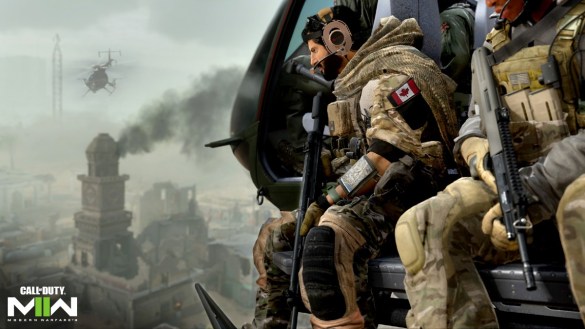 Call of Duty might be a multiplayer FPS, but sometimes, we simply don’t want to be bothered by the players on our friends list. Maybe there’s a team you want to avoid or you just want to kick back by yourself after a long day. Either way, being able to appear offline in Modern Warfare 2 or any game can be a huge help.

Depending on your platform, appearing offline in COD Modern Warfare 2 can be convoluted. Sometimes the option won’t be available, and on PC, the process can differ. We’re going to explain the whole process in this guide so you can get back to gaming MW2 in peace.

This process is going to change depending on where you play MW2 and we can start by explaining consoles. At the moment, there doesn’t seem to be a concrete way to appear offline for consoles, but the option has appeared in the past. Below you can find the process for appearing offline on console when the feature is back and on PC depending on your copy.

There are options to appear offline for consoles in general as well which can be done in the console settings, but it doesn’t seem to work for Modern Warfare 2 at the moment. Until then, either use the PC status or attempt to change your status through the profile icon directly in COD MW2.