Shooting the ship is on hiatus. 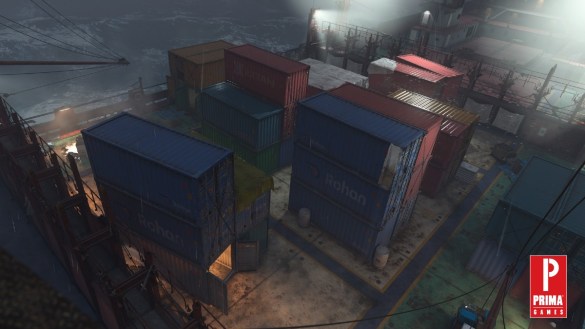 We all had a good run so far with Shipment 24/7 in Call of Duty: Modern Warfare 2. Not only did we get the map and playlist as a content drop in Season 1, but we also got a holiday version that continued the playlist all the way into the new year. The playlist was around for so long that even FaZe Jev was confident Shipment 24/7 would remain in MW2 indefinitely.

Clearly, we all got way too comfortable in our Modern Warfare 2 camo grind home. Infinity Ward has decided to remove Shipment 24/7 in a sudden update, and of course, the player base isn’t very happy. In this guide, we’ll go over when you can expect the playlist to return and the odds of it staying in the future.

When you head to the multiplayer menu in Modern Warfare 2, you’ll only find the Shoot House playlist rather than the fan-favorite Shipment version. Now many players just want to know when it will return, and unfortunately, there is no concrete answer. But we can look at how Infinity Ward typically handles these rotations to give a good guess.

Considering the overall popularity of the playlist, it’s not likely that it will remain outside of multiplayer for long. Infinity Ward just wants to give players a reason to come back to the game by rotating popular modes. Shipment was an additional map added during MW2 Season 1 Reloaded, so we may see the playlist added back about a week before Season 2 goes to celebrate the end of the season. This could easily be the classic Shoot the Ship playlist.

If we don’t see Shipment 24/7 within two weeks, then we can likely expect it to return a week or so after Season 2 goes live in Modern Warfare 2. There will likely be another 24/7 playlist for the new map by that time, but after the content settles down, expect to see Shipment 24/7 appear once more. Before long, you can get right back to your camo grind.