How is Forspoken’s Performance on Steam Deck? – Answered 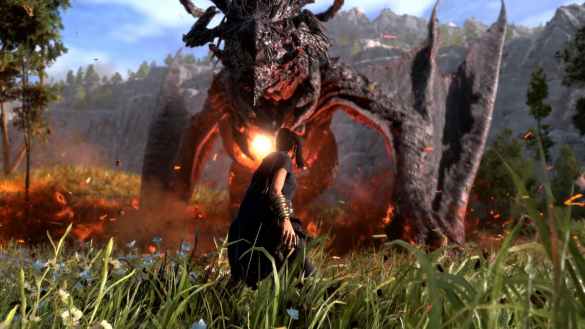 As is generally the case, a new game is out, there’s a PC version, and everyone wants to know how it runs on the Steam Deck. In this case we’re talking about Forspoken, one of the most weirdly controversial games of 2023 so far. It isn’t really clear why it’s controversial, but there’s enough discourse on Twitter about the script to power a small generator. Anyway, we’re here to answer the question at hand here, which is how Forspoken’s performance on Steam Deck is.

How is Forspoken’s Performance on Steam Deck?

It should probably go without saying, but Forspoken is not a day-one Steam Deck home run. This is not a game that launched in the “Great on Deck” section, nor is it verified with that lovely ol’ green check mark. If Forspoken is destined to have good performance on Steam Deck, it’s gonna be some time later than launch day. That’s the long and short of it.

Now, is Forspoken actually playable on Steam Deck at all? Sure. It just isn’t great. Out of the metaphorical box, Forspoken defaults on the Steam Deck to low settings across the board and 720p resolution. The latter isn’t really a big deal, since the Steam Deck has a 720p screen. But people point that out anyway. Technically it’s 1280 x 800, but that’s a marginal difference.

Other games run on low settings on Steam Deck without an issue, but Forspoken struggles. The thing’s guts run at full blast, and the frame rate kinda tanks when combat starts popping off. It isn’t stable before then either, hovering around the 40s. When the action starts and spells fly, you’re looking at sharp dips to a touch under 30. Not great, but again, it’s day one.

I haven’t played myself, so I’m getting this information from YouTube. Check out the video below for some testimonial play (of the demo which also launched today). But hey, you can also check it out for yourselves with the demo!

Forspoken is a Luminous Engine game, and so is Final Fantasy XV. I mention that, because Final Fantasy XV is a great experience on Steam Deck and has that “Great on Deck” verification! So it’s totally reasonable to assume the same is feasible for Forsaken. But there’s no way to know yet; if you want to play Forsaken on Steam Deck, you’ll just have to be patient and keep an eye out for updates.