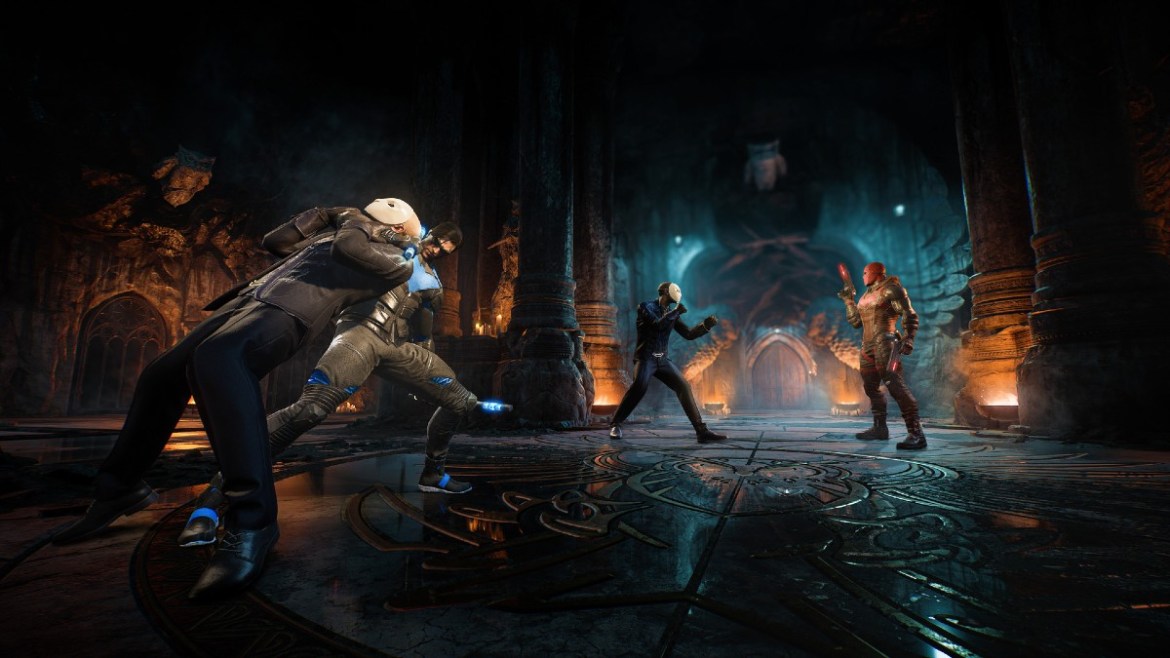 Today, a new trailer was released for the upcoming Batman universe action RPG, Gotham Knights. The trailer was all about revealing what players can expect from the PC version in terms of features. Not only did we get a list of things like the usual buzzwords and support for various brands of AI upscaling, we also got a peek at the more under-the-hood-style settings players will be able to tinker with.

First of all, you can check out the Gotham Knights PC Trailer video below, and see some of this stuff for yourselves:

The full rundown of features as presented in the trailer is as follows:

Obviously, things like “expansive” can mean anything, but for a moment in the trailer, we got a look at what appeared to be the in-game options menu. It didn’t seem like the whole screen, but it’s definitely a huge chunk. Here’s what was visible, including what seems to be Gotham Knights’ maximum frame rate:

Historically, Warner Bros. Games hasn’t had the best track record with PC ports, especially with the Batman games. Both Arkham Origins and Arkham Knight had a ton of problems, and with Arkham Knight in particular many went unresolved. But with Gotham Knights, it seems like Warner Bros Games Montreal got to really get its collective hands dirty with the PC version. We’ll see how it all works out when the game launches on October 21 of course, but for now, things are looking up.