Gotham Knights: How to Find the Bugs in Penguin's Office - Prima Games
Tips

Gotham Knights: How to Find the Bugs in Penguin’s Office 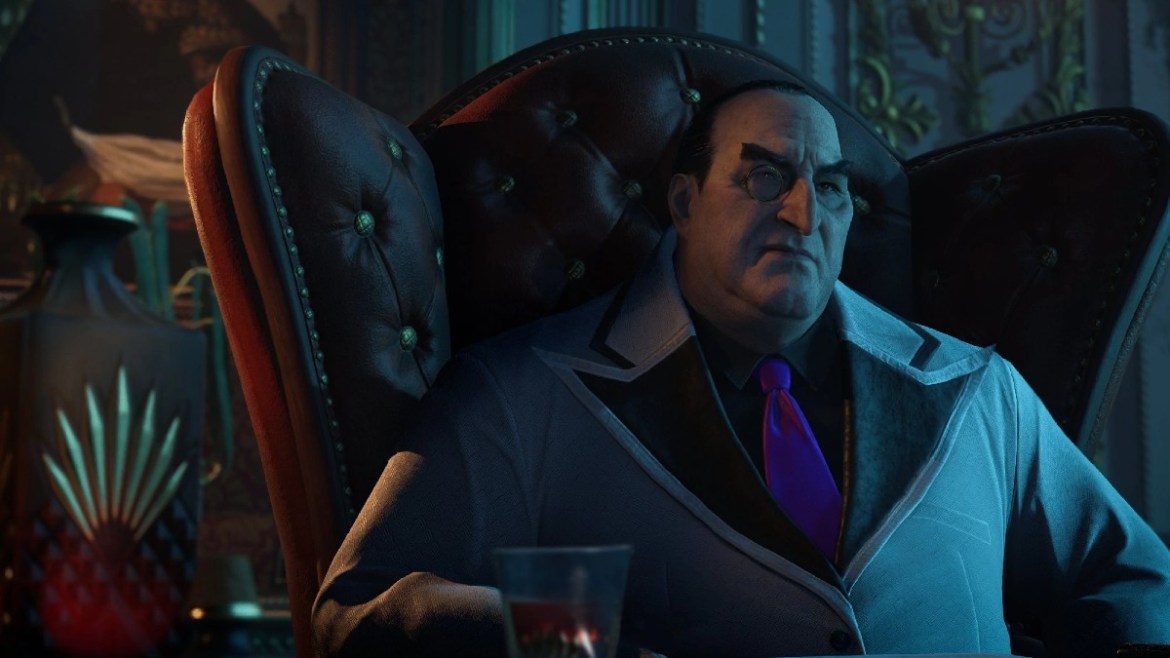 The main storyline in Gotham Knights is a videogame introduction to The Court of Owls, a villainous secret society first introduced in DC Comics’ core Batman series back when the New 52 line launched in 2011. Batman ain’t around here for obvious reasons, but it’s an interesting adaptation of the concept nonetheless. Part of the whole thing is an uncomfortable business-like relationship with The Penguin, who takes on a very Kingpin-like role in Gotham Knights. But before he’s willing to talk he asks the heroes to pick his office clean of bugs. Because “They” are listening. Finding them is kind of annoying, so here’s a quick guide on where the bugs are hiding in Penguin’s office.

The bugs are simple to locate, but not easy. They’re found like almost anything else in the game is, via the AR scan function that highlights important items and people. But that thing has a really short range, among other flaws we’ve gone over elsewhere. So if you aren’t the right distance away from each bug you might pass right over it.

One bug can be found right behind Penguin – scan the potted plant he has in his wall and bang, there’s a bug hidden inside somewhere.

Another bug is somewhere on or in the lamp right on Penguin’s desk. I don’t understand how I managed to find the plant one before the lamp considering it’s right there, but once again I blame the precision sometimes demanded by AR scanning. But I appreciate the limitations, you know? Detective Vision was excessive.

Finally, check out the bust/statue tucked into the wall in the back corner of the room. You’ll find the final bug there and you’ll be able to move on with your life. And if you found them nice and quick already and are just here to laugh at people, I hope the hatch puzzle humbles you a little. Congrats though.

For more on Gotham Knights, you should read my review, then swing over to the Prima Games tag for the game to browse through everything else.