Time to sit back and enjoy the fireworks 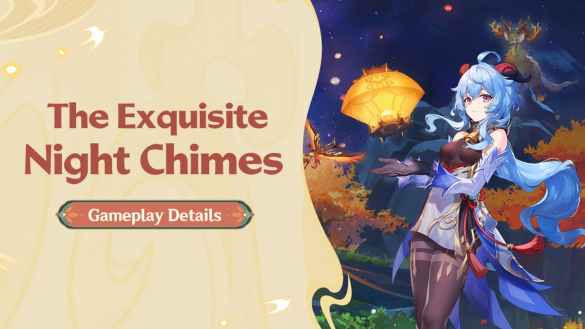 Happy New Year! This might sound a little bit late, but Genshin Impact has just started their celebrations right now with the return of the Lantern Rite festival, the annual event for the game that dotes all players the most. With the return of staples such as the Xiao banner and a Liyue character selector, the new additions are promising to make this iteration even better.

The event once more tells the story of how Liyue Harbor celebrates this festival with their very own Chinese-inspired traditions, as well as introducing the new Dendro healer Yaoyao to the cast and fulfilling the urging need for more interactions between them.

How to Participate in The Exquisite Night Chimes Event

The event runs from January 19th to February 6th, and it’s available for all players at Adventure Rank 28 or above that have completed the “A New Star Approaches” quest. Completion of the quests “The Crane Returns on the Wind” and Yelan’s Story “Umbrabilis Orchis Chapter: Act I” is recommended, but not necessary.

If you’re already up to date with Liyue content, you can immediately begin the quest by heading to Liyue Harbor and starting your conversation with Zhongli. After a lengthy quest, you’ll unlock the many events hosted in this edition of the Lantern Rite such as Radiant Sparks, Paper Theater, and Vigilance at Sea.

Rewards for The Exquisite Night Chimes

Instead of an Event Shop, this edition only has its traditional Festival Fever system, in which each of the tasks and minigames you complete around the city will give you certain amounts of Fever. You get more rewards by reaching the stipulated levels of Fever, and you get a free Liyue 4-star of your choice by reaching 800, including the newcomer Yaoyao.

It should take players three days of completing every single task to redeem their so-beloved character, so don’t slack on those.

The other rewards are given exclusively by playing the event itself, which receives new content every two days. There are over x900 Primogems, 1 million Mora, numerous Talent Books, and many other rewards to be earned by doing them all, so you better get started soon. Enjoy your Lantern Rite!