First Look at the Pokemon Scarlet and Violet Pre-Order Figure 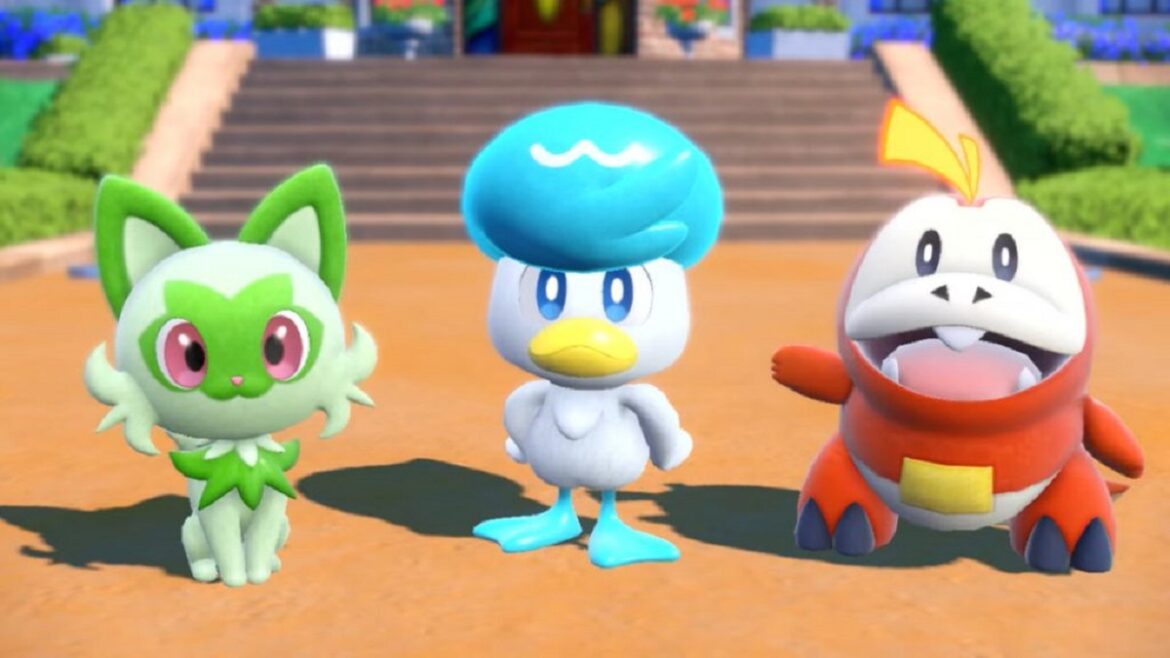 The brand new duo of Pokemon mainline games, Pokemon Scarlet and Pokemon Violet, are coming out this November for Nintendo Switch. After the recent “Pokemon Presents” video, we got a glimpse of the new gameplay and features in a brand new trailer, but also learned that the pre-orders have started.

Related: Everything Revealed in the August Pokemon Scarlet and Violet Trailer

First Look at the Pokemon Scarlet and Violet Pre-Order Figure

And while the American preorders do not contain any special bonuses, for now, the French retailer Micromania-Zing has announced that all players who pre-order through their storefront will receive a very cool statue of the three new starter Pokemon from the Scarlet and Violet games. You can check this post on their official Twitter page.

This collector’s statue features the three starter Pokemon (from left to right): Fuecoco, the new Fire-type, the Grass-type Sprigatito, and the Water-type Quaxly.

For now, this pre-order bonus is only available to customers at the French outlet and is available even to those who pre-ordered the game before this bonus statue was announced. At the moment, there are no known pre-order bonuses for Pokemon Scarlet and Violet at American retailers and those from other European countries – it is possible that they will be announced later time since November is still months away.

The Pokemon Center website, the official portal for all Pokemon merchandise, has a pre-order bonus of its own in the form of an in-game backpack cosmetic item, but other retailers have yet to reveal their pre-order bonus plans.

Pokemon Scarlet and Pokemon Violet will be released worldwide only on Nintendo Switch on November 18, 2022. Pre-orders are available now.