Often considered the most difficult of the four to get! 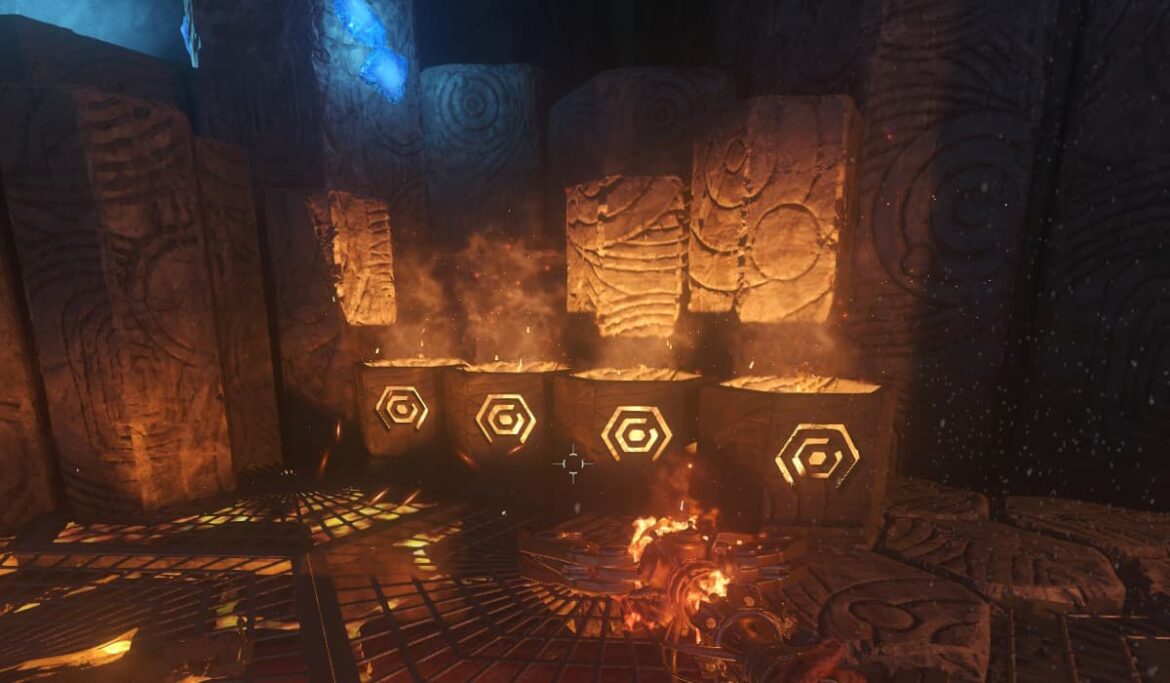 Collecting the four elemental staffs on Origins is an adventure. Whether climbing into robots, shooting glowing triangles or killing a bunch of zombies, there are plenty of fun riddles and challenges to tackle if you want all four. What many considered the most difficult part is getting the Fire Staff, primarily due to the various puzzles you’ll encounter partway through. If you’re interested in learning more, continue reading to learn the code for upgrading the Fire Staff in COD: Black Ops 3 Zombies Chronicles.

Much like the other three staffs in Origins, you’ll have to collect three staff parts and various other items before building the weapon. Doing this requires a few steps, including shooting an orange, glowing plane, defeating the Panzer on round eight, and powering up generator six. After getting all three pieces and the miscellaneous items to craft the staff, head back to the Crazy Place to build it.

Related: Call of Duty: Black Ops 3 – How to Get the Dragon Strike in Gorod Krovi

Once you’ve built the staff, the main obstacles to upgrading it are two riddles in the Crazy Place.

The first is a minigame where you’ll find four fire cauldrons in a room. To fill up the cauldrons, you’ll have to defeat zombies that enter the area, particularly those standing on the metal grates. Kill around 30 zombies to proceed to the next riddle.

The second riddle in the church’s basement is perhaps the hardest part of this upgrade sequence. Not only does it use a somewhat complicated numbering system, but it’s also randomized, meaning each player will have a different solution.

The objective of this puzzle is to find two sets of information, the numbered torches in the church and the symbols on the walls. Using the glowing red symbols, you’ll have to figure out what torches to shoot using your fire staff. The image below shows a cheat sheet for each number:

After shooting the correct torches and hearing praise from Samantha, head to the Excavation Site and align the large, blue rings inside. If you’ve collected any other staffs, you may be familiar with the rest of this process. Turn each ring until the red lights line up before shooting the orb that appears near them. It’ll eventually disappear, allowing you to move on to the final step.

Head back to the Crazy Place and set the staff inside the pedestal. Defeat some zombies to feed the weapon and watch it upgrade!

Call of Duty: Black Ops 3 Zombies Chronicles is available on PC, PlayStation 4, and Xbox One. For more information about the other three staffs in the game, check out our Wind Staff, Lightning Staff, and Ice Staff Code and Upgrade Guides.