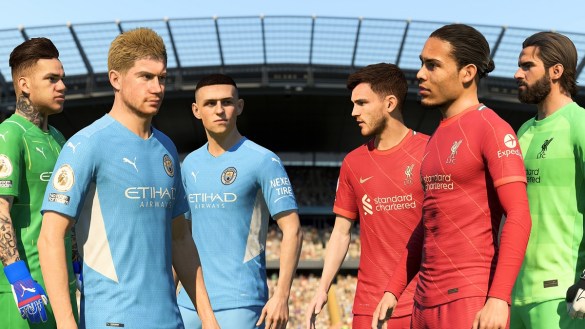 FIFA 23 has arrived and many soccer fans have already played numerous matches both online and in old-school local mode. However, many find fun in other game modes such as FIFA Ultimate Team where they have the opportunity to assemble their dream team. In this mode, it is necessary to complete different challenges to get XP which is then used to buy cards that are used to boost the team by adding new players and raising stats.

In this mode, you will encounter the Seven League Boots SBC event, which is a collection of challenges related to squad building. In a way, this is a puzzle game that will test the knowledge of FIFA fans because it is necessary to assemble a team from seven different leagues – find out how in the guide below.

In order to successfully complete the Seven League Boots SBC challenge in FIFA 23, you need to fulfill the following requirements:

In order to meet these requirements, it is most practical to use the following players who are the cheapest and fit best in the Seven League Boots SBC:

Now you know what it takes to complete the Seven League Boots SBC in FIFA 23 and earn that precious XP, so go and solve it – much harder challenges await you later in FIFA Ultimate Team mode!

For more FIFA 23 guides here on Prima Games, check out the following: How to Power Shot in FIFA 23, All One to Watch Cards in FIFA 23, and How to Do the Griddy in FIFA 23.