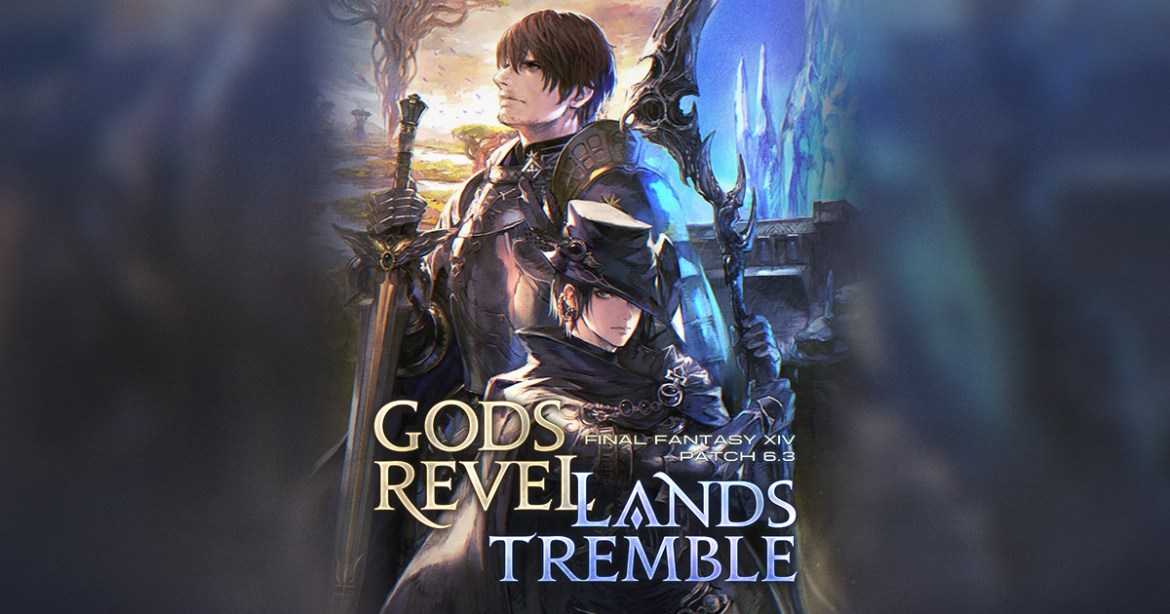 The FFXIV patch notes for 6.3 Gods Revel Lands Tremble have been unveiled. It highlights the following main scenario quests, hairstyles, Island Sanctuary updates, and much more. Let’s break down the highlights of these Final Fantasy XIV patch notes.

The preliminary patch notes have been revealed for patch 6.3 in FFXIV. While much new information is here, more will come on Monday when the complete set of notes is revealed. So let’s dive into some of the bigger topics. You can also see the full list of notes here.

All things considered, it’s a pretty tame balance patch for most classes, with many jobs not even receiving any changes. The major rework for Dragoon is still pushed back, and Paladin sees the largest rework this time around.

That’s it for tank changes this patch. Paladin players are going to have to take some time to learn you new cooldown timers and the new OCD Goring Blade.

Again, a pretty tame balance patch for DPS, Machinist received some much-needed buffs to keep up damage thresholds with other jobs.

White Mage and Sage received some cooldown reduction to help keep them in the fight at a more brisk pace.

Some new actions have been added to certain classes: nothing major, but something for players to be aware of.

Players can now dive in Upper La Noscea once they have met special conditions, which have not been specified at this time.

The number and titles of some of the main scenario quests in patch 6.3 have been revealed, alongside some new screenshots.

Once More unto the Void

There are eight more quests in this patch, which are currently unnamed.

Chronicles of a New Era Quests

Return to the Phantom Realm

There are four other quests in this series.

This quest will become available once you’ve completed the main scenario for 6.3

Many updates are coming to Island Sanctuary, including a small new quest for players to complete.

Related: Everything Announced In the Live Letter for Patch 6.3 Gods Revel Lands Tremble

You now have more ways to sit down in FFXIV.

A new dungeon has been added. It has an average item level requirement of 590. You must complete certain quests in the MSQ in order to unlock Lapis Manalis, as it is a story dungeon.

We still do not have any new information about the Trial other than the average item level requirement is 595. The Extreme version will require talking to the Wandering Minstrel (X:12.7, Y:14.2) and have a 610 average item level.

This can only be accessed via Raid Finder and must complete the base version before unlocking Unreal. It has an average item level requirement of 565.

When opening a treasure coffer using an ophiotauroskin map, you may open a portal to this area. Spin the roulette wheel to summon one or more creatures.

The duty will end if any of the following conditions are met:

The next leg of the Myths of the Realm raid has been released. Players can start this quest at Mor Dhona (X:23.9, Y:9.1) by talking to Deryk

These are just the preliminary patch notes, and we will be sure to update with even more information as the full set of notes releases soon. There’s plenty of time to catch up in FFXIV and return to your Island Sanctuary if you haven’t yet.