FFXIV: How to Unlock New Hrothgar Hairstyles in 6.3

Where are the hats, Square? 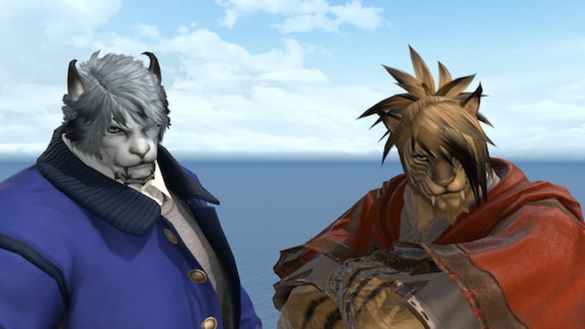 Hrothgars are still very peculiar when regarding their customization in Final Fantasy XIV as they have the fewest hairstyles of all races. The fact that they cannot use most hats either is usually a letdown for players creating a new character, but there’s still a fervent player base for Hrothgars out there.

To attend to those players’ wishes, Square Enix has given them new options for hairs to choose from the Aesthetician. They’re still receiving less love than Vieras, but they’re still slowly catching up. Here’s how to get the new Hrothgar hairstyles introduced in Patch 6.3 of FFXIV.

How to Unlock the New Hrothgar Hairstyles in Final Fantasy XIV 6.3

Hrothgars got 2 new options for hairstyles, with one of them being immediately available for use and the other one being unlockable, but it’s actually quite an easy one to get, at least.

Aside from the one in the image above, they can now use the Modern Aesthetics – Rainmaker style, which you might already have unlocked. If you don’t own it, you can just buy it for 5000 MGP in the Gold Saucer at the Modern Aesthetics Saleswoman (X5.4, Y6.5). She’s next to the Prize Corner and also sells another fairly cheap hairstyle, so it’s hard to miss her.

Related: FFXIV: How to Unlock New Viera Hairstyles in 6.3

Even if you’re not a fan of the Saucer, it’s not hard to get that amount. Just walk up to the main corner to play your daily rounds of the Mini Cactpot and have a chance to win up to 10.000 MGP per play. But since the actual chances are quite low and you’ll probably need a few more extra coins, you can wait for one of the active GATEs in the Saucer.

GATEs happen every 20 minutes and include minigames such as the Leap of Faith or Air Force One. Completing them flawlessly will award you with 4000 MGP, and that scales up if you have an MGP bonus from your FC currently active.

You’ll be needing a few more MGP if you want to get some other prizes from the Saucer as they require a few hours spent in those minigame, some of which were added in this self-same patch. Here’s how you can get the Blackjack mount.