FFXIV: How to Get the Magicked Umbrella Mount - Prima Games
Tips

FFXIV: How to Get the Magicked Umbrella Mount 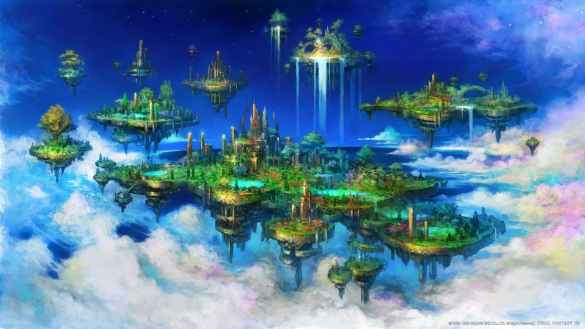 Final Fantasy XIV is a game where flying mounted on a giant-sized Shiba Inu, a spinning tortoise that shoots fire from its shell, or a giant shining cactus (all while using a pink elephant head) is just your average boring Tuesday. So it’s not uncommon to see a flying parasol joining this list with the Magicked Umbrella mount being added to the game.

The dream of flying and avoiding getting wet simultaneously is already a reality… Or so we thought. It might take a while before everyone can go full Mary Poppins mode around the Hunting Trains. Here’s how you get the Magicked Umbrella mount.

How to Unlock the Magicked Umbrella Mount

Being blunt and short, you can’t. Just not yet. Unless you play on the Chinese servers, the only region where the mount is currently available. You can take a look at what this marvelous parasol looks like in the video below.

Related: FFXIV: How to Get Gaia’s Attire

It’s not an unusual thing for that to happen as both the Chinese and Korean servers are not directly managed by Square Enix and receive content differently from the international version. Endwalker was only made available in Korea in May 2022, for example. But they were the first region to receive the Street Attire outfit to compensate for that.

Another example is the Mechanical Lotus mount, which was a China-exclusive mount for a long time before eventually becoming available at the Mog Store for the price of $24. We can expect that the Magicked Umbrella will receive the same treatment, with probably the same price range.

It sucks, but that’s how licensing works. But it’s not like we don’t have a fair share of awesome mounts already, such as the Phaethon or the Blackjack Airship, all of them introduced during the 6.3 Patch.