FFXIV: How to Get the False Monarchy Attire - Prima Games
Tips

FFXIV: How to Get the False Monarchy Attire 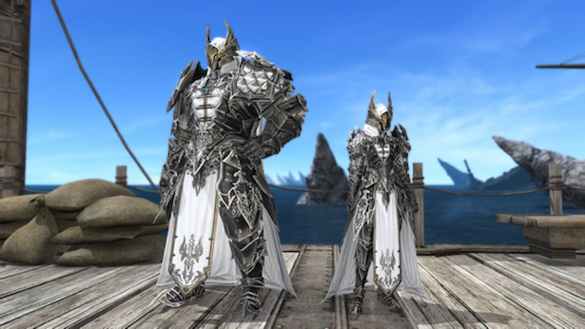 Big armors have that awesome imposing feeling to them in Final Fantasy XIV. People feel intimidated when walking alongside someone engulfed in such incredible protection, and that’s the feeling the False Monarchy attire aims for whenever someone that isn’t a Lalafell uses it. Sorry, Lalas just can’t look really threatening.

This amazing, limited set was introduced during patch 6.3 Gods Revel, Lands Tremble, but will most likely make you slowly lose your sanity as you grind for it. Here’s what you need to do to get it.

How to Obtain the False Monarchy Attire in Final Fantasy XIV

The set is the new big reward for achieving Level 25 in the Series 3 Malmstones, which is basically the PvP battle pass for FFXIV. It’s completely free, though, but still requires you to have a tremendous amount of matches to complete it.

Crystalline Conflict is the best way to farm Series EXP, and you get a few extra points if you manage to keep winning, but other PvP modes, such as the Daily Roulette: Frontline will also net you some points. Just keep dabbling in non-monster-killing action, and you’re bound to get the armor eventually.

Related: FFXIV: How to Get The Rubellux Weapons

You can get many other different rewards along the way, such as Framer Kits for your Adventurer Plate, emotes, and even an exclusive Mount, but most of the Levels will get you Trophy Crystals that can be used for buying a few exclusive weapons and gear to use as Glamours.

The False Monarchy Attire will only be available during the current patch’s Series Malmstone, and won’t be available as soon as 6.4 hits, so you have around four months to get all the necessary points. If you’re aiming for a high Crystalline rank, this will probably come naturally.

One thing important to notice is that Viera and Hrothgars can use this helmet despite their restrictions. Square Enix has been making sure to give them enough love in the last few patches. Here’s how you unlock the new Viera hairstyles introduced in 6.3.