FFXIV: How to Get The Augmented Rinascita Gear - Prima Games
Tips

FFXIV: How to Get The Augmented Rinascita Gear

Step up your gear 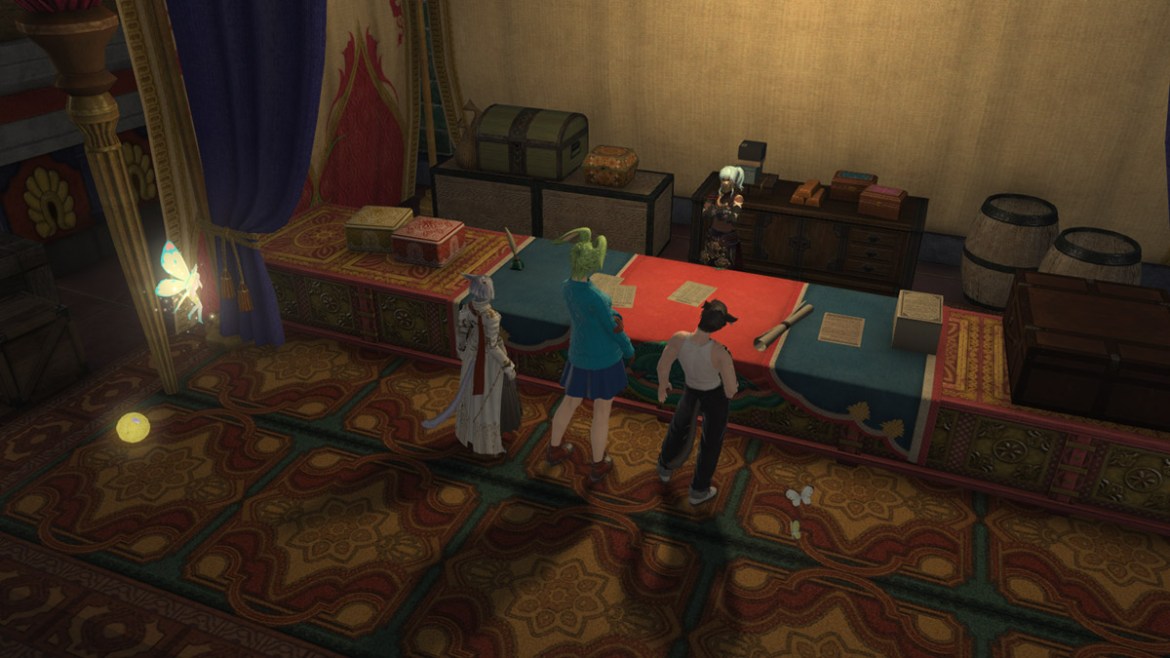 Crafted gear is your best option for catching up quickly with your high-level friends in Final Fantasy XIV. They’re usually enough for getting through most of the current content until they are ultimately outclassed by their newer counterparts. But they will also receive an Augmented version before that happens, and that’s the treatment the Rinascita gear has just received.

The Augmented Rinascita items are stronger versions of their regular counterparts. They cannot receive Advanced Meld (more popularly known as Pentalmelding) and are only able to receive the usual 2 Materias, but are 10 Item Levels higher with better base stats to compensate for that. Here’s how you can do your upgrade.

How to Obtain the Augmented Rinascita Gear

While you can craft or buy the regular Rinascita items, the Augmented versions are trade forbidden, and you must get them by yourself. Luckily, this task is not hard in the slightest way.

Make sure you have enough Allagan Tomestones of Allegory because you’ll be spending a lot of them. Each item will require at least 300 of them to be augmented, so gather them up. After you’re done with that, head to Radz-at-Han.

Look for Rasthi in (X10.8, Y9.9) to start augmenting your gear. The first step is to buy as much Dharmic Rain from the Rain Exchange option as you can. They cost 100 Allegory each, and each item asks you for different amounts of rain.

You’ll lose your current gear in the process, so retrieve all materia in them beforehand. With certificates in hand, you can finally select Purchase Augmented Rinascita Equipment to exchange both the Certificates and the Dharmic Rain for your desired Augmented Rinascita piece of Gear. This will require tons of time and resources, but it’s worth it if you don’t feel like grinding augments for the Causality Tomestones gearsets.

Below are the exact amounts of Certificates/Rain you need for each item:

So you need a total of 119 Hannish Certificates and 36 vials of Dharmic Rain for a full Augmented set, which translates to a full unaugmented Rinascita set and 3600 Allegory Tomestones. That’s almost two times the cap for Tomes, so it takes you some grind to do that.

Also, be extra careful not to exchange your gear for certificates to later realize you don’t have enough Rain. You’ll literally lose your pants until you grind more Tomestones if that happens.

Is the Augmented Rinascita Gear Worth It?

You’ll need to grind a lot for that, but the gear’s not half bad. If you don’t have anything else to spend your Tomestones, there’s little to no reason not to get stronger equipment by doing a few boring but easy steps. You can quickly cap on those by doing any content with your Level 90 jobs, so make some use of them.

Related: FFXIV: How to Get the Hypostatic Gear

Abyssos and Lunar Envoy equipment are stronger than Rinascita, though. They are harder to get as they require you to grind the current tier and always get the weekly-limited Tomestones, but have a better payoff in the end. Augmented Rinascista can be equal to or better than an unaugmented Lunar Envoy piece depending on the stats, but Augmented Lunar is almost always the better choice.

But if you don’t bother with raiding, crafted gear is more than enough for everything in the game. From dungeons to Treasure maps and even Extreme trials, you can’t go wrong with Rinascita. If you can pay for it, just get it.