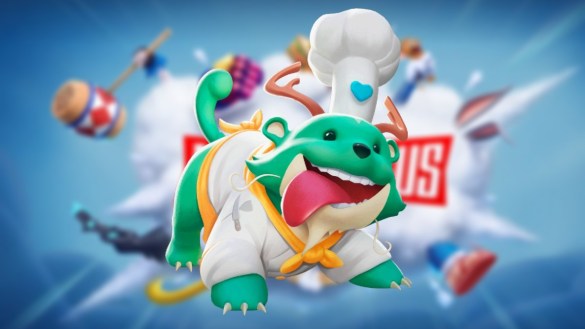 Back in August, for the official Season 1 and Open Beta launch of MultiVersus, a pack of freebies were given out for subscribers to PlayStation Plus and Xbox Game Pass. The MVP pack was a collection of goodies comprising a skin, banner, and ringout VFX. Now that Season 2 is here, a new set of free goodies has been released. Now, subscribers to the same services we’ve already mentioned can get the MVP Pack Drop 2 DLC for free.

Just like the first time, the MVP Pack Drop 2 contains a skin, a banner, and a ringout VFX. And for better or worse depending on your tastes, it’s another Reindog skin being given away. MultiVersus is really pushing this Reindog creature, that much is certain. You get the following items, which I’ll note alongside their rarity and “worth” in the MultiVersus in-game shop.

Those Legendary VFX gimmicks are sold in the game for just short of 20 bucks! That makes this whole set around 30 dollars in the freemium gaming to USD exchange rate. But, you know, we can’t speak for what the perceived value of these things would be for anyone reading this. It’s a weird world, digital cosmetics.

It’s worth noting as well that Chef Reindog is currently in MultiVersus’ store as well, so you can just buy it if you want? However, the other two items are not available as of November 15, 2022. They could show up later, but we can’t say for sure.

These packs are only available for a limited time, with the Xbox Perk listing a January 23, 2023 expiration date.