Elden Ring: How to Break the Glowing Statue in Stormveil Castle

Is it actually worthwhile? Who could say 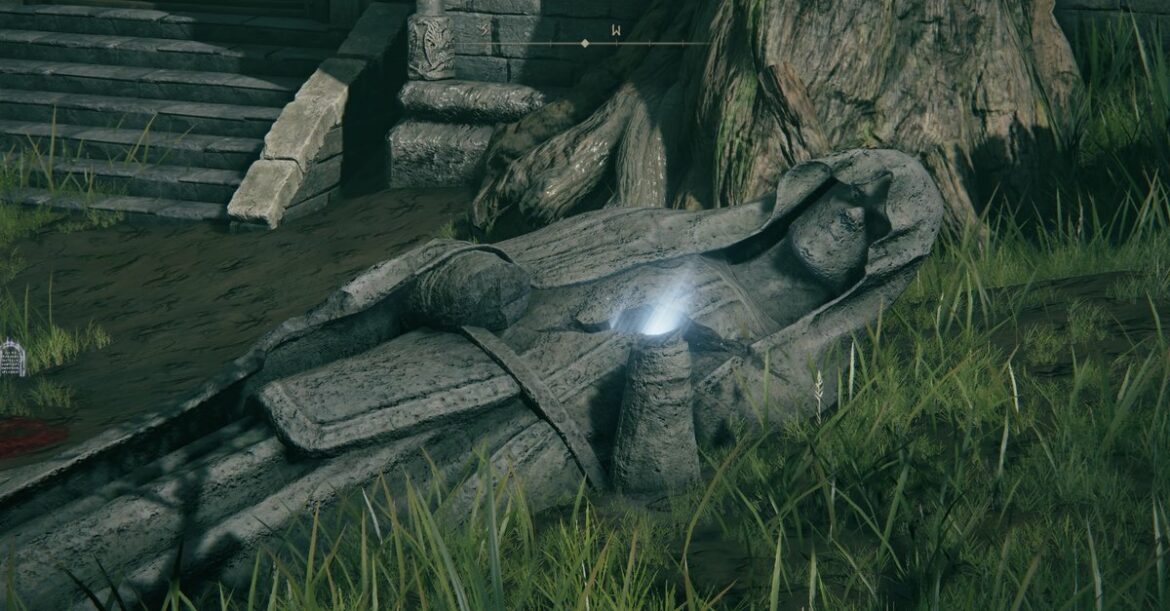 As you’re really just getting your feet wet in Elden Ring, you’ll probably come across a strange, glowing statue towards the end of Stormveil Castle. What could it be? It’s bad enough you have to fight one of those big, obnoxious troll things after making it through the hellish turret gauntlet, but now there’s a clearly purposeful object with no clear solution. You can stop banging your head against the wall and wasting resources now that you’re here. It’s a pain, but there’s basically only one way to break that glowing statue.

For the time being, ignore the statue. Bet you were totally expecting us to start there, weren’t you? Continue on a little, and it’s not far until you find the next Site of Grace. You have multiple routes from there, but eventually, you’ll see one of those huge monsters with the lovely half-disemboweled stomachs and the massive swords. You know exactly what I’m talking about.

In order to break the glowing statue, you’re going to have to play Tom and Jerry with the large monster. And unlike Multiversus, this isn’t actually a fun activity by any stretch of the imagination. If you get too far ahead, the big fuzzy bastard will give up and stomp back to its post. So you have to manage that, the camera and your destination all at once. It’s great, isn’t it? We recommend scoping the place out first, so you can take out the foes around the statue before going back to lure the biggun.

Once you get the massive enemy to the statue, you have to play bait for attacks while standing by it. Luckily it doesn’t take a ton of contact to make that thing crumble. The rewards you get for going through all this aren’t great, but it feels pretty good to solve this quiet, little puzzle.

You’ll run into more glowing statues throughout your Elden Ring adventure, and the strategy stays the same. There’s some kind of massive enemy in the vicinity, and you have to lure it over with your own Tarnished body meat. Fun! More fun than curing the Frenzied Flame, at least.