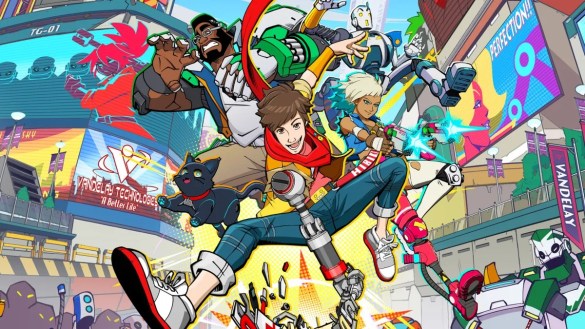 Hi-Fi Rush is Tango Gamework’s surprising new action-slash-music rhythm game that came out of nowhere during the Xbox Direct gimmick on January 25, 2023. This is a first-party title under the Xbox banner (Tango Softworks, run by Shinji Mikami, is a subsidiary of Bethesda/Zenimax), but it’s also available on PC via Steam or the Xbox app. So it runs on Steam Deck. But how well? Here’s what to expect from Hi-Fi Rush’s performance on Steam Deck.

The great news is that this game isn’t hugely demanding in general, so it doesn’t take much for it to be a great experience on handheld platforms. By default, Hi-Fi Rush is set to its medium graphics preset on Steam Deck, which is also set for it to run at 60 fps. You can use various tools like Unreal Engine’s TSR as well to help. It’s possible to run the game on its higher settings as well, but you’ll be seeing drops. Not major drops, but you won’t get the pretty consistent 60 fps like with medium settings.

Considering you won’t be shooting above 720p resolution on Steam Deck anyway, medium settings still look pretty good. Pop on the TSR and you’ll be having a great time with Hi-Fi Rush on Valve’s popular handheld. And it’s a great game, so it’s worth playing on whatever platform you have available to you. Wouldn’t recommend streaming it though, due to its precision-oriented gameplay mechanics.

Stay tuned for more on this surprising new game from the studio behind The Evil Within and Ghostwire: Tokyo from the crew here at Prima Games. It’s safe for me to say it’s an excellent experience if you’re into character action-style games, but we’ll have more in-depth takes available soon.