Does God of War: Ragnarok Have New Game Plus? - Answered - Prima Games
Tips

Does God of War: Ragnarok Have New Game Plus? – Answered

I wanna Ragnarok and Roll all night, and party every day! 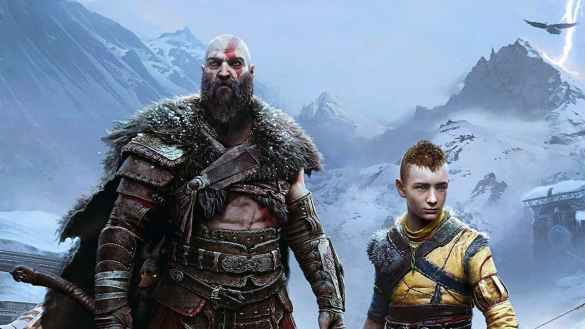 Ragnarok is finally here. The latest installment in the God of War franchise, which launched on November 9, 2022, provides the lengthiest game in the series to date with a 20-plus hour long story and a bevy of side content to boot. For those who may have spent the last 24 hours playing the highly acclaimed PlayStation exclusive non-stop, you might be wondering if all of your hard work through your first playthrough might transfer over to a new game plus file, for a second adventure through the trials of Fimbulwinter. This guide will answer questions about new game plus, and more for the latest installment in one of the most iconic franchises in the history of gaming.

How Do You Start New Game Plus in God of War: Ragnarok?

Unfortunately, God of War: Ragnarok (in its current state) does not provide any new game plus options. There are no transferable collectibles, armor, etc. If you want to experience Kratos and Atreus’ latest journey a second time, it will have to be through a second save file. You just can’t play new game plus in God of War: Ragnarok. In other words, “do not pass go, do not collect 200 hacksilver.”

Will God of War: Ragnarok Eventually have New Game Plus?

Later introductions of New Game Plus have been a common feature for PlayStation exclusive titles, even if the games weren’t necessarily from the same developers. For instance, Ghost of Tsushima, Horizon Zero Dawn, Horizon Forbidden West, and Marvel’s Spider-Man, also had new game plus patches introduced months after the respective games launched. However, more recently, Marvel’s Spider-Man: Miles Morales and Ratchet & Clank: Rift Apart, both Insomniac Games’ titles, launched with new game plus as a part of the base game, so there doesn’t seem to be an exact model being followed.

While it might be frustrating that God of War: Ragnarok does not have new game plus right now, it is advised that gamers employ patience, and enjoy one of the most critically acclaimed installments in the God of War series, available for PlayStation 4 and PlayStation 5 to bide the time until the game mode might be introduced.

For more news and guides on God of War: Ragnarok, and videogames in general, Prima Games has all the information you need, just a click away.