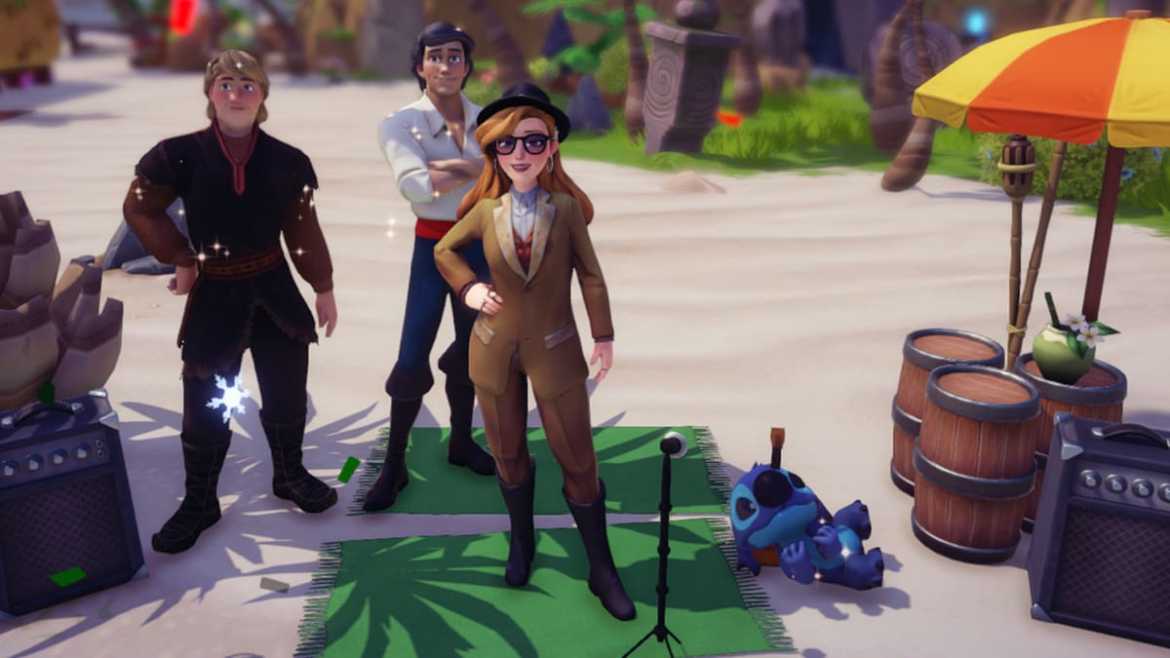 Making Music is Stitch’s level 10 friendship quest in Disney Dreamlight Valley. After a long, arduous adventure of crash landing in the village, trying to get along with fellow villagers and finding a new hobby, Stitch finally finds joy in starting a band! It’s now up to you to help him realize this newfound dream by finding some band members and putting on a small concert for everyone. If you’re interested in learning more, continue reading to find a comprehensive guide for the Making Music quest in Disney Dreamlight Valley.

Below are the steps to completing the Making Music quest in Disney Dreamlight Valley:

Related: Why is Stitch Level 10 Quest Not Working in Disney Dreamlight Valley? – Answered

To start the quest, talk to Stitch about his musical adventures. He decides he wants to make a band, prompting you to find some villagers who would make decent members. While you have five options, you’ll want to speak to Prince Eric and Kristoff. The former plays the flute, while the latter plays the lute! After brief discussions with both, they’ll agree to join Stitch’s band, allowing you to talk to Scrooge McDuck about getting some musical equipment.

Related: How to Unlock Prince Eric in Disney Dreamlight Valley

Upon speaking to Scrooge, he’ll tell you he needs various crafting materials to make a photo backdrop:

After collecting each resource, head back into the crafting station to make the photo backdrop. With this item on hand, return to Scrooge. He’ll set up the photo shoot in Dream Castle, which you’ll have to visit alongside Stitch. Talk to Stitch and head to the third floor of Dream Castle!

In Dream Castle, you’ll find a photo shoot area where Stitch will pose for pictures. Using your ingame phone, take three pictures of him to progress through the quest. You’ll have to speak to Scrooge about sound equipment, but he’ll inform you that he needs time to get the necessary items. More specifically, you’ll have to wait 24 hours before resuming the mission. You’ll know you can progress further when you gain a new objective to talk to Stitch.

When the timer is up, speak to Stitch and Scrooge McDuck to get the sound equipment. Place it anywhere in Dazzle Beach through your furniture menu to watch the concert happen!

After placing the sound equipment on Dazzle Beach, Stitch, Eric and Kristoff will start their performance. A brief cutscene will ensue, allowing you to take some photos of the occasion! Have a conversation with Stitch after to mark the end of the Making Music quest in Disney Dreamlight Valley.