How to Unlock Prince Eric in Disney Dreamlight Valley

Turn a plant into a person 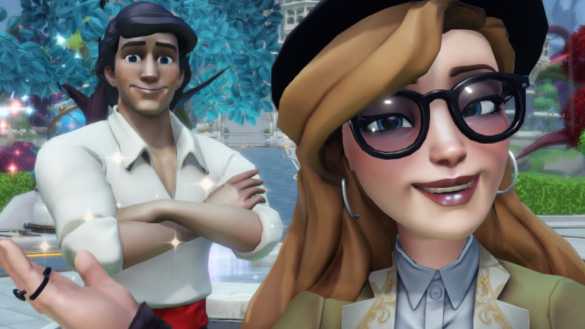 Unlocking certain characters in Disney Dreamlight Valley is a challenging task. Some are available within the first hour of playing, while others require finishing multiple quests and exploring late-game regions. Prince Eric is an example of this, with some prerequisites including opening the Forgotten Lands and reaching level ten friendship with various NPCs. If you’re interested in learning more, continue reading to discover how to unlock Prince Eric and invite him to your village in Disney Dreamlight Valley.

How to Unlock Prince Eric in Disney Dreamlight Valley

Before starting Prince Eric’s unlock questline, you’ll have to reach level ten friendship with Ariel and Ursula. This also requires having the Forgotten Lands, among other areas, open to exploration. Immediately following Ursula’s level ten friendship quest, A Deal With Ursula, you’ll receive an item named “Poor Unfortunate Eric”. This item signifies the beginning of the next mission, Poor Unfortunate Prince. You’ll have to progress through this quest.

Once you start Poor Unfortunate Prince and speak to Ariel about the situation, you’ll also have to consult Merlin. He’ll tell you to place Eric’s Castle in the Village, which you’ll rebuild using 10,000 Star Coins. Build the house, find his flute inside and bring it to Ariel. She’ll show appreciation for you finding the flute, repeat Eric’s name three times, and use the power of True Love’s Kiss to restore him to his human self. Prince Eric will appear in the Valley, leading to the final part of the story.

Before you can officially start having daily conversations and give gifts to Eric, you’ll have to wrap up the Poor Unfortunate Prince quest. After a brief discussion, you’ll have to cook him some gazpacho, vegetable stew, and berry salad. Below are some resources to help with each specific recipe:

Once you make all three dishes, return to Eric once more. From here, you’ll witness him and Ariel reunite, marking the quest’s end. You can now officially converse with and befriend Prince Eric during your Disney Dreamlight Valley adventures!