Can You Buy Loadouts in Warzone 2? - Answered - Prima Games
Tips

Can You Buy Loadouts in Warzone 2? – Answered

Back to the basics. 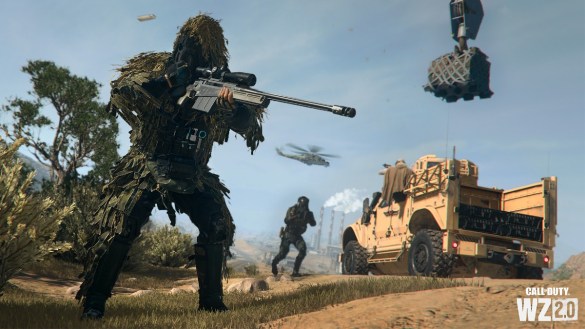 Loadouts have been one of the hottest points of debate in Warzone 2 since it launched at the start of Season 1. Some players want them included in full and others think the battle royale is much better off when random loot is utilized for most of the match.

Considering Raven Software and Infinity Ward have been making constant changes to the Modern Warfare 2 battle royale, it’s not a bad idea for players to put their input forward. After the Season 1 Reloaded update though, there seems to be a definitive answer to buying loadout drops in Warzone 2.

Warzone 2 Season 1 – Can you Buy Loadouts?

As of December 20, players can officially buy loadouts from a Buy Station. This is the first time the feature has been added to Al Mazrah or Warzone 2 in general, so this is a big change. However, the feature is nothing new to Warzone itself, and it was a core aspect of Verdansk, as well as Caldera.

Since Season 1 of Modern Warfare 2 launched with the battle royale, players have been able to get custom weapons in two ways. They could purchase them from Buy Stations as solitary weapons, or they could find a loadout. These loadouts would be available in Strongholds, Black Sites, or as late-game drops from planes. Either way, you would not be able to buy loadouts until the most recent update.

Now that the feature is back, players can simply buy their loadout once they have enough cash. The amount scales by about $8,000 with each added player to the squad. The next question is will the loadout drops remain in Warzone 2, or will players want the feature removed? We’ll have to wait and see as the new year arrives.