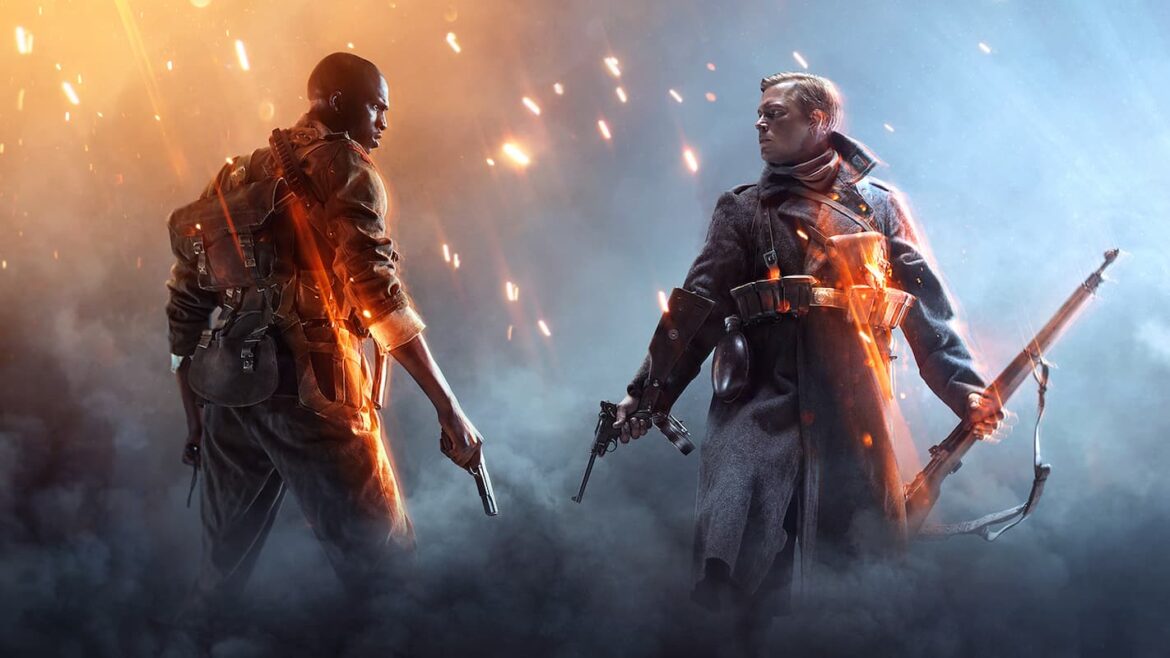 Battlefield 1 is still popular amongst Battlefield fans and is revered as one of the best games in the franchise by a decent percentage of the player base. Despite being released way back in October 2016, Battlefield 1 still has a loyal fanbase and full servers of players who enjoy the unique World War 1 experience provided to them. Not that we are implying that Battlefield 2042’s shortcomings have influenced this development greatly. Here are the best Scout Guns in Battlefield 1.

Most Popular Scout Rifles in Battlefield 1

We know that there are many Scout Rifles in Battlefield 1, but we had to pick a group of six for this article. We’ll give you a few historical facts about these just to keep things interesting, and we’ll break down some of the most important stats:

If you were to carry the Martini-Henry rifle during World War 1, You would truly be carrying an “old-school” rifle. Martini-Henry is a lever action rifle that remained in service in the British Empire army until the end of World War I, despite the manufacturing stopped back in 1889.

Due to the advancements in technology, it has been replaced with the “Lee-Metford” rifle, and subsequently, with the “Lee-Enfield” rifle (familiar to every World War 2 enthusiast). However, some of the Martini-Henry rifles have been modified and renamed into Martini-Enfield rifles.

The last part of trivia for this model is that it was used sporadically in Afghanistan by the Afghan people during the Soviet invasion.

Now, for the Battlefield 1 side of the matter:

The upside is that it has the biggest one-hit kill range of 50 meters. The downside is that it only has 1 bullet, and you will need to reload the bullet every time after firing, which takes 2.3 seconds.

This is a French-made rifle that was in service until 1940 in the French army, but sporadical usage was noticed in the First Indochina War, the Algerian War, and of course, the War in Afghanistan.

The word “Gewehr” will always ring some bells for World War enthusiasts. This rifle was made by Mauser. It was in service between 1898 and 1935 (when it got replaced by far better rifles). It has also been used by the Ottomans and Nationalist Spain.

Some cool bit of trivia is that the Germans selected the most precise pieces of Gewehr 98 (about 15,000 of them) according to factory tests and added sniper scopes to them. It wasn’t originally intended to be a sniper rifle. It’s important to note that this rifle was one of the predecessors of Kar98k, a legendary German rifle that many collectors are either after or are already cherishing to this day.

Arisaka was used in the Empire of Japan between 1906 and 1945 and has fought many wars, and you could spot it on the battlefields in the far east even after World War 2. The Japanese made an upgrade and invented Type 99, but Type 38 was still used alongside it even though the replacement of them was being actively done during the war.

Short Magazine Lee-Enfield Mark III, is yet another legendary rifle that’s sought after by collectors worldwide. It supersedes the above-mentioned Martini-Henry rifle. It was in active military service in the UK until the 1960s, while in some regions of the world, it has seen use from Bangladesh to Afghanistan, even in the 21st century.

This is a Canadian bolt action rifle that was produced between 1903 and 1918 and is an upgrade to an already decent MKII variant. It was a very precise and reliable rifle, which granted it a permanent place in the loadout of some Canadian units until World War 1 ended.