An LMG to contest the AR meta. 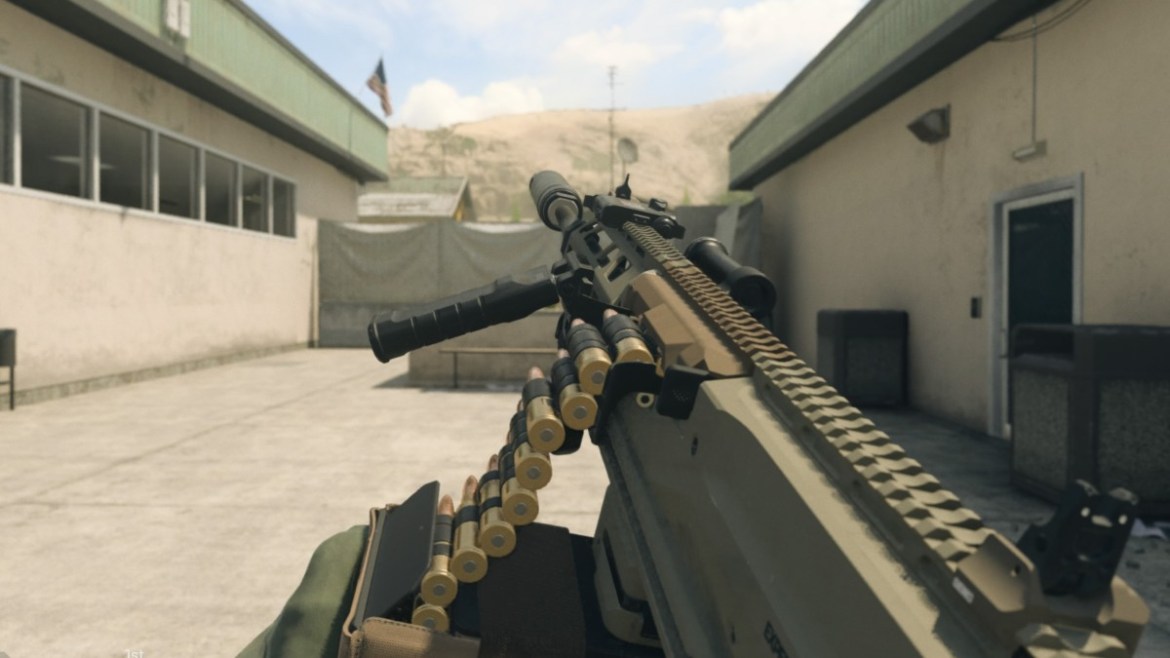 Light machine guns got some decent representation in Modern Warfare 2, but none of them are scarier than the RAAL MG on the battlefield. Not only does the weapon sound imposing with each shot, but the base damage is the highest in the class, so enemies fall down in a heartbeat.

With so much power, drawbacks to the weapon are expected, regardless of the player using the gun. The RAAL MG has some kick that players need to worry about, and the mobility can be tough as well. In this loadout guide, we’ll go over exactly how to mitigate those problems so the weapon is in top shape.

The RAAL platform only has one weapon, so that makes unlocking the attachments you need much easier for this loadout. With enough levels on the light machine gun, we’ll just have to add some grips and supporting pieces to control the beast. You can find all the necessary attachments below.

Instead of a barrel in this RAAL MG loadout, we only want a muzzle. The barrels are too bulky when the base version is more than enough. Having the FTAC Reaper muzzle will also provide many of the same stats including damage range, recoil control, and some bullet velocity.

Up next are the grip attachments including the Demo Narrow Grip and the STIP-40 Grip. Both of these are used to add even more control or stability to the weapon. When you initially fire, there will be a bit of kick still, but the recoil doesn’t move under sustained fire.

Our last two attachments are the FSS Riot Stock and the FSS OLE-V Laser. Rather than having more control, we use these attachments for more mobility. On top of the mobility, the RAAL MG will get more ADS and sprint-to-fire speed. It makes the weapon more versatile in Modern Warfare 2 overall.