When you stare into the Abyss, the abyss stares back at you. That's when you poke its eye. 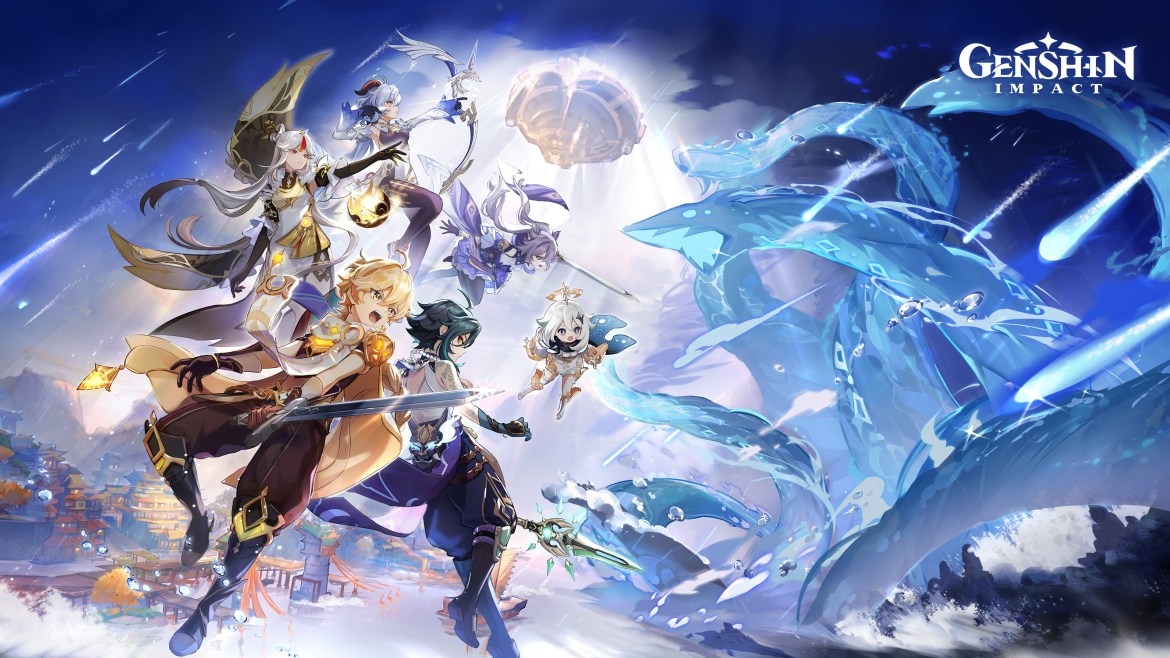 While the Spiral Abyss may not be everyone’s jam, it continues to be one of the best resource incomes in Genshin Impact, and also its hardest challenge (at least when there’s not a special boss event around). You can get up to 600 Primogems every two weeks alongside some extra Mora, Exp Books, and Weapon Enhancement Crystals along the way.

There’s always a fresh challenge as the last couple of rooms are updated with each version. These updates usually greatly benefit the new characters, but getting them is not necessary every week. Many teams have proven to be strong, solid, and consistently able to bring the 36 stars home. Below are the best Genshin Impact Spiral Abyss Team Comps.

Having the One and Oni as the main lead, you’re aiming to boost Itto to his limits so he can wreck through the floors with its powerful AoE Charged Attacks. Gorou is a must as he’s Itto’s best bro in amping up his damage. Luckily, they’ve always been together in every banner, so chances are that you most likely have the best doggo if you own Itto.

Be warned that this is not a F2P-friendly team at all. It uses three 5-stars and the budget options are somewhat lackluster. You need more Geo characters to supply Itto with his much-needed energy to always Burst off-CD, and while other elements can be added to the mix, make sure Itto will still have enough energy.

Yoimiya’s always thrown in a tight spot competing with another hugely popular character in banners. Many have skipped them for this sole reason, but it’s rare to see anyone who regrets pulling for her as she’s one of the best boss killers in the game. And she’s also cute as heck.

While lacking some AoE potential, she can shoot down enemies while making maximum usage of Yun Jin’s Burst and quick Hydro applications. Bosses will go down easily even if you take a while longer for regular rooms. You can also add Zhongli to get Geo resonance if Benny’s too busy on another team.

This team is all about the special Bountiful Cores generated due to Nilou’s Ascension Passive. It doesn’t look as functional at first glance but trust me, it definitely works. AoE damage is its biggest strength, and since the main characters (Nilou and Nahida) don’t necessarily need Critical substats, it gets way easier to build them. Full rooms go out with a bang within seconds.

However, there’s not much room for adaptation. Nilou forces you to have two Dendro and two Hydro characters for her Passive to work, making this team extremely restrictive and simply not viable in every Abyss room. Bountiful Cores also damage your characters, so you’re forced to have a healer.

After being regarded as a weak element for years (remember the day 1 “Raiden bad cause Electro” drama?), Electro finally has a huge spotlight with Dendro available. The biggest winner is definitely Keqing, now considered one of the best Standard 5-star characters, surpassing Diluc’s initial craze.

By applying Dendro and Electro at the targets (it needs to be in this order), all Electro attacks will be greatly boosted, and Kazuha makes those numbers go even higher. Combine Keqing’s fast attack speed with Fischl’s machine gun capabilities to make quick work of bosses and monster packs alike. Similar teams can be made with Yae Miko instead.

Some enemies just move around too much. Wouldn’t it be better if they just stood still waiting until they’re deleted from existence? Well, that’s your goal with this team. The classical Morgana team has evolved a lot since its first iteration with Venti, Ganyu, Mona and Diona, and many new characters can be used as substitutes/upgrades.

The combo will always be to apply Cryo > Swirl it with the Anemo Burst > Apply Hydro > Kill what’s left with main DPS. Enemies won’t be moving for a while and your Cryo hits will hit as hard as possible. Shenhe and Rosaria are great buffers, but Ganyu can also be used as a Burst-bot for maximizing Cryo uptime. Bosses cannot be frozen, so you might struggle a bit with those.

Have you ever wondered what’s with that stupid comp name? SUcrose + KOKOmi + pokeMON. As you’ve guessed, the Pokemon are Oz, Gouba, and Kokomi’s jellyfish. A stupid name for a stupidly strong composition that abuses Kokomi’s precise Hydro applications. Gouba will get some strong vaporizes while Oz applies Electrocharge nonstop. Extra points if Fischl has C6.

Sucrose serves as extra steroids for all the Pokemon in the field, but she can be replaced with Heizou if you’re looking for extra personal damage. But try to stick to the original formation. It has a cool name.

This team is known for deleting whole rooms in seconds when played properly. You need to play around Childe’s E cooldown for the best results, and he mustn’t be on the field for more than 12 seconds.

Always start by applying Hydro with a Charged Shot and using your Anemo character to spread it. Bennett should follow and Xiangling comes right after. From here on, just go ham with Childe and watch everything die quickly. The biggest downside to this comp is managing cooldowns. Energy might also be a problem depending on your stats, so keep this in mind.

Hu Tao buries people for a living, and that also applies to her enemies. Genshin’s strongest Pyro unit has an insane synergy with some of the game’s best supports, and bringing them together makes for some nasty compositions that excel at killing regular monsters, bosses, and anything else that comes your way.

Double Hydro support is ideal, with Yelan being a priority over Xingqiu, but Bennett’s always a good call if you don’t have her. Zhongli should protect you enough so you won’t need a healer, though.

Sara needs to be C6 for ideal results as this constellation is a huge boost for the Shogun. This team focuses on the Electro Archon as a hypercarry buffed by every other unit. Make sure Kazuha swirls Electro in his Burst so she can get maximum buffs.

The basic rotation is Raiden E > Kazuha E + Burst > Bennett Burst > Sara Burst > Raiden Burst. If anything’s alive at this point, keep beating them until they aren’t. Raiden will always charge everyone’s Burst back, making for some sweet CD alignments. Kazuha and Sara also deal quite a punch by themselves, so don’t slack on building them.

The classical “random bullshit go” team in Genshin. It’s well known that you can throw anything paired with those three 4-stars and it will shred through anything, but Raiden just brings that to a whole new level. Not only she has good reactions with every single of them, she also guarantees they’ll always have their Bursts up. Two complete rotations of Bennett > Xiangling > Xingqiu > Raiden are enough for basically every Abyss room.

Yelan’s a straight upgrade from Xingqiu, but since both of them are required for lots of teams, it could be better to keep Xingqiu paired with Bennett here since Yelan does not benefit from his Burst. It’s all up to you as both of them are strong enough.

Different teams may be better according to each situation, so play smart when picking your Abyss explorers. Characters and teams not included here may also be better in some Abyss lineups (Eula’s great for killing Fatui enemies, for example), so don’t be afraid to test some compositions you came up with. Teambuilding is one of the game’s best aspects, so go and try your own creations whenever you feel like it.