Louis is your one-man carry in those early chapters 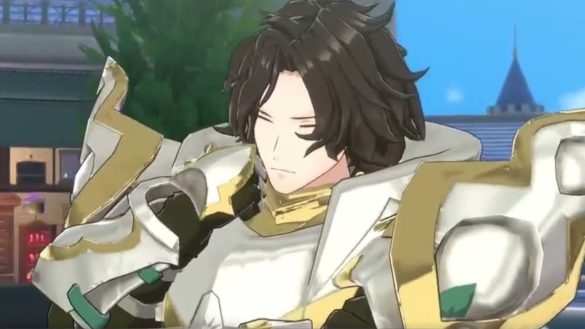 If there’s one surprising unit that’s captured the hearts of simps and build-crafters alike, it’s Louis. And who can blame them? He comes to you as a Lance Armor unit with the ability to take a hit and keep on going. And you already have a ring that naturally synergizes with him. Here is the best build for Louis in Fire Emblem Engage.

Sometimes, simplicity is best. And Louis carries with him that sort of refined, straightforward air that perfectly suits his role as a retainer to the prince and princess of Firene. Regarding what class to promote him to and what ring he should be given, we don’t have to jump through any wild hoops, like we have to do for Anna.

We need merely to get our hands on our Master Seal. And that’s because Louis’ best classes are either General or Great Knight. Both classes are high tier from early to late game, so which you choose will boil down to preference or hard numbers.

Let’s compare that to the growth rates of his two best options.

Generals’ see their growth rate distributed to HP (25%), Strength (20%), and Defense (30%). That class has ample synergy with Louis, providing the most natural growth rates and the most min-max potential. But don’t discount Great Knight just yet.

The Great Knight offers HP (20%), Strength (15%), SKL or Hit and Crit Rate (15%), Defense (25%), and Resistance (10%). This is a much more distributed build, which would cause Louis to become more well-rounded. But it also offers higher movement and a better class skill.

Generals receive the class skill, Swap, which allows them to switch places with an adjacent ally. Situational and lackluster.

Great Knights receive the class skill, Allied Defense, which means that if the unit is between an ally and a foe, Louis will receive 3 less damage from that foe. A little better.

So, what’s the best class for Louis? It depends on your army and how you’re playing. If you’re in dire need of a tank that can soak up damage, Louis is a natural one as a General. But Louis early- to mid-game can absolutely decimate as a Sigurd Ring-equipped Great Knight.

If you do intend to Master Class as General, the best possible rings are Marth, Leif, or Ike. And if you opt for one over the other, here are the skills that Louis receives the most benefit from: