Merrin is the furry representation the world needs 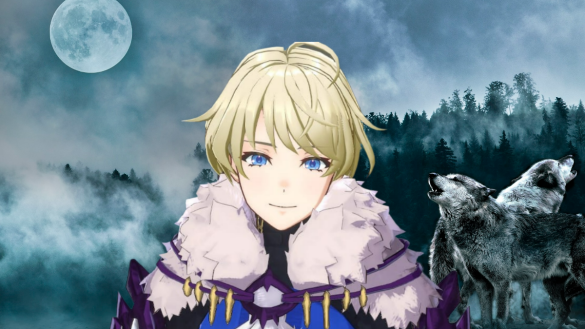 I’ll be honest with you. I love Merrin. I love her ridiculous “super cool persona”. I like that her ability is just her simping for any nearby female allies by, presumably, whisking them away from danger. I like her dumb poofy pantaloons that are so totally at odds with the rest of her outfit. She’s perfect. And it helps that she’s a decent unit to boot. Here’s the best class for Merrin in Fire Emblem Engage.

You’ll find Merrin almost mid-way through the game in Chapter 13 as one of the retainers for Princess Timerra. And like Timerra’s other retainers, Panette, Merrin is already promoted into the Advanced class Wolf Knight.

And… that’s precisely where she should be. Let’s explain why and what we can do to enhance her in this class further.

Wolf Knight offers high Speed (20%), Resistance (20%), Luck (20%), and decent Dexterity (15%) for a class, which stacks with Merrin’s natural growth rates. That means, more likely than not, she will get boosts to both Dexterity and Speed.

As for why she should stay as Wolf Knight, let’s look at her other best options: Paladin, Swordmaster, Hero, and Wyvern Knight. Paladin cuts against Merrin’s natural build, which focuses on speed, and Swordmaster is like Wolf Knight but without the movement that Merrin is naturally adapted for. Wyvern Knight is the best second option, but like Paladín, it falls short because of its emphasis on defense.

The Best Emblem Ring for Merrin

From here, the best Emblem Ring to pair with Merrin is either Corrin or Lyn.

Corrin functions well with Merrin because of two skills: Draconic Hex and Dreadful Aura. Both are skills that benefit from a unit that moves first, which Merrin almost always will.

Draconic Hex ensures that if Merrin initiates combat, she’ll inflict -4 to all the foe’s basic stats after combat (with penalties shrinking by 1 for each turn). Excellent, long-lasting. Similarly, Dreadful Aura triggers if Merrin initiates combat. The foe that she targets, and all foes within 1 space of that foe, can’t move for 1 turn after combat.

Both are fantastic debuffs to inflict on a target that synergizes well with the Wolf Knight Skill, Hobble. Hobble ensures that if Merrin inflicts combat with a knife, that enemy receives -2 Movement for 1 turn.

Alternatively, you can opt for Lyn if you want to try to build a double-attack Merrin. Lyn’s skills focus on consistently building speed throughout a battle, and Speedtaker is the backbone of this. Each time a unit initiates combat and defeats a foe, the initiating unit will receive +2 speed. This can stack all the way up to +10 speed, which is significant. But after also stacks with Lyn’s natural Speed boosts, she grants and culminates in the ability to use Alacrity.

Alacrity ensures that if a unit initiates combat with a Speed advantage of 9 or more, the unit’s follow-up occurs before a foe can counterattack. This is where we start to dividends. Eventually, Merrin will have so much speed that she can consistently double attack.

While Merrin might not be S-tier in any unit ranking, she’s still a very respectable character with the power to be an oppressive force all her own. Just keep her in the company of as many women as possible.