The most princelyest prince to ever prince 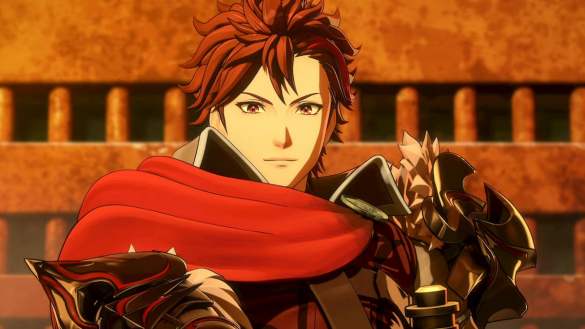 It’s a sad fact that some of the best units in Fire Emblem Engage don’t join your army into late into the game, meaning you’ll bench a lot of the characters you’ve grown fond of. With one exception: Crown Prince Diamant. Diamant is fantastic from start to finish, and you’ll want to promote him as soon as possible. Here’s the best class for Diamant in Fire Emblem Engage.

Diamant enters your ranks as a Lord, a class exclusive to the Brodia Princes. And both brothers are fantastic on the battlefield, easily ranking among the top tiers in our unit list. But it’s only natural that Diamant overtakes his wilting brother. He just looks like a hero, and he performs like one too.

But let’s start breaking it down. Diamant starts with B-Tier proficiency in Swords, which allows him to promote into a wide assortment of classes, from General to Wyvern Knight (both exceptional classes).

Yet each Royal member of your army has a class that’s unique to them. For Diamant, that class is Successeur. Generally, these unique classes are almost always the best choice for the royals, as they’re tailor-made for them. And that’s the case for Diamant.

Diamant has a massive health pool and a high HP growth rate of 75%. Huge! His other highest growth rate stats are Speed and Defense, which are 40%, respectively, and a decent Dexterity at 20%.

Successeur likewise focuses on HP, Speed, and Defense, but with an added emphasis on Strength. And yet this growth rate pales somewhat in comparison to tankier classes like General, a class that many would consider S-Tier. So, why is Successeur still the correct choice for Diamant?

It boils down to ability. General will offer slightly better stats in the long run but has a very lackluster ability: Swap. Swap allows the user to switch places with an adjacent ally. Fine, but situational.

But Successeur offers much more utility because of its ability Sol. Sol allows Diamant to recover 50% of the damage he deals, an ability that triggers according to a dexterity roll.

Combine Sol with the inheritable skill Wrath from Emblem Ring Ike and Hold Out from Emblem Ring Roy and Diamant will be able to lead any charge and endure a truly significant amount of abuse while dealing huge critical hits. That’s because Ike’s skill, Wrath, will give Diamant +1 Crit for every HP lost, up to +30. This combo’d with Hold Out, which allows Ike to survive on 1 HP if he has a certain amount of HP, is the magic setup.

This type of build works best with Successeur’s Sol and is the reason why Diamant is a fantastic (if not one of the best) unit from mid- to late-game.