Who expected the merchant to have the best Magic growth in the game? 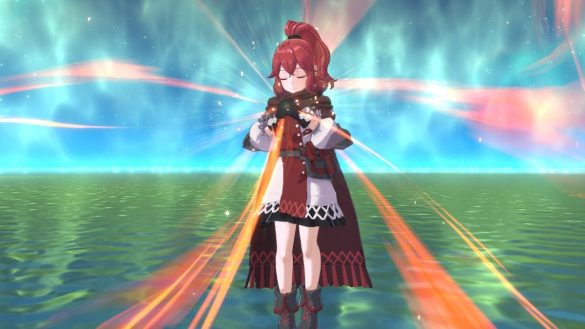 Anna, in at least one form, has been an ever-present member of every Tactician’s army. And this spunky merchant has proven to be quite useful in Fire Emblem Engage. Not as useful as Yunaka, perhaps, but still a unit with glass cannon potential. Here’s the best class for Anna in Fire Emblem Engage.

Anna has extreme utility in Fire Emblem Engage, not only as one of the best money makers in the game, but because she has the highest Magic growth rate at 50%. This, coupled with her Speed and Luck, means that she’ll have both an extremely high Attack Speed and high likelihood to Avoid attacks, giving her the chance to pull off some devastating hits even late-game.

With this combination of stats, her best class is Sage. But getting her there isn’t a cakewalk. Here’s how to do it.

Get Anna to Level 10. You might notice that her base class is… not great, and she’s pretty lackluster. That’s okay. If you find that she’s dying a little too often, put the Emblem Ring Micaiah on her and allow her to heal. If you fancy it, you can even use this time to farm a few Skirmishes and get as much SP on Anna as possible. Check out the related link near the bottom for how to do that.

Obtain a Master Seal and promote her to any Advance Class. It doesn’t matter. You’ll be able to obtain 1 Master Seal in Chapter 11 and Chapter 13. But in Chapter 17, the inventory store will stock an infinite supply, so don’t worry.

Increase Anna’s bond with Emblem Ring Micaiah to Level 10. If you chose not to go the Skirmish path, you can unlock Bond Level 10 by taking Anna to the Arena. There, select Emblem on the menu. You can then choose how many Bond Levels you want to unlock.

Related: How to Farm Skirmishes in Fire Emblem Engage

Each Bond Level costs 500 Bond Fragments. In doing so, Tiki will get Tome Proficiency and Staff Proficiency, which is necessary to promote her to Sage.

With all that done, keep Emblem Ring Micaiah equipped, then purchase a Second Seal. Switch Anna’s class to Sage, and you’re done! Now you have the best character and class Magic growth potential in the game. Let’s hope that RNG is on your side.