Give us those tasty pixels, Square Enix! 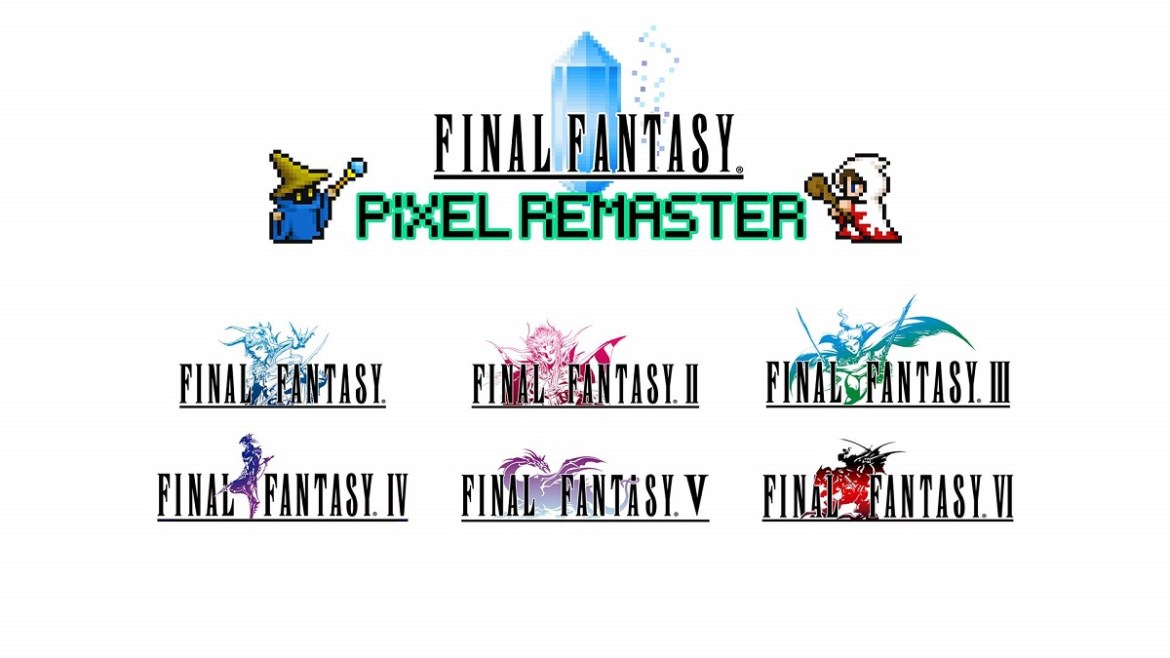 Final Fantasy Pixel Remasters came as a CURE, or maybe even as a REMEDY, after a few very questionable remakes of the classic 2D Final Fantasy games that changed the visuals of those legendary retro games way too much. Fans wanted more authentic remasters and got them with Pixel Remaster releases for all of the 2D games from the NES / SNES era of the popular JRPG series. Everything from the first Final Fantasy up to Final Fantasy VI got an excellent Pixel Remaster treatment, but unfortunately, they were again only published for mobile platforms and Steam PC.

Update: And there’s the official announcement we knew was coming. While there’s no release date yet, we can see the Final Fantasy Pixel Remaster series is on the way to both the Nintendo Switch and PlayStation 4. Similar to the mobile and PC versions, these games will be available piecemeal or in bundle form. But Square Enix is also doing a limited physical release, exclusively through its own online store. There’s a game only “standard” edition, as well as a massive (and expensive) set that includes vinyl albums and more. Good luck getting your hands on either of these, though!

Well, rumors of these amazing remasters being ported to other systems have been circulating for a while, but recently on Reddit, user u/cefalu shared screenshots allegedly from the ESRB site showing lists of Final Fantasy Pixel Remaster games from the first to the sixth listed as releases for Nintendo Switch and PlayStation 4 as well.

However, after the mentioned Reddit post, when we checked the ESRB website, we could not find this information, which was most likely removed in the meantime. However, not all hope is lost! Last year, Square Enix stated that the Final Fantasy Pixel Remaster series could also find its way to other platforms, but that it depends exclusively on demand for them. We have no insight into the sales of these six games on Steam and mobile platforms – but the demand for classic JRPG games on a system like a Switch must be there, and it wouldn’t be bad at all to have these games on the PlayStation as well. Do Final Fantasy fans need to start a petition?

Is the Upcoming Anniversary a Perfect Time to Release Final Fantasy Pixel Remasters to Other Platforms?

Yes, it is! The timing is good for Square Enix to release Pixel Remaster games on other systems as well finally. On December 18, the Final Fantasy franchise celebrates its 35th anniversary, which will definitely have a couple of surprises. During the whole year, we already had a lot of news and announcements of the many ways in which Square Enix will mark this great anniversary. We hope that they save the biggest news for the anniversary day itself, which is ahead of us, and when, among other things, it would be a great time to announce the version of the Final Fantasy Pixel Remasters for other platforms as well – or maybe even a physical edition of a complete Pixel Remaster Collection? We can only dream. Come on, Square Enix – take our money!