Find out more about Recon Legends. 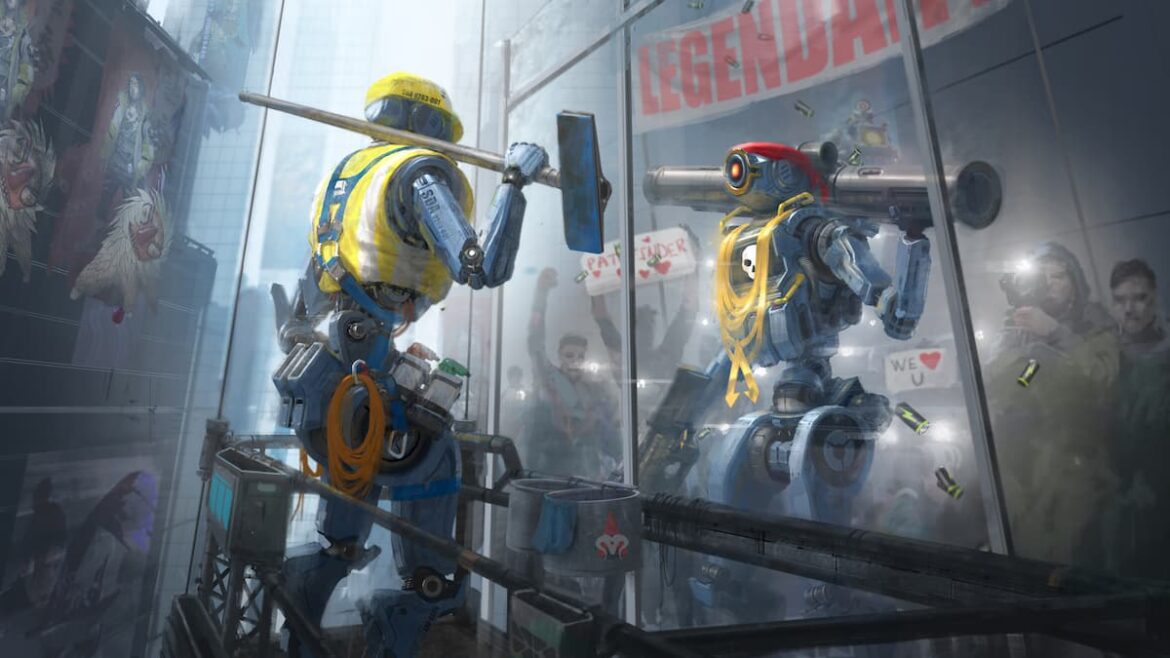 We understand that it may be overwhelming to learn all of the characters in a game when you are just starting out, so in this article, we cover the Recon class in Apex Legends and tell you everything you need to know about each character.

Recon Legends are, naturally, specialized in reconnaissance, and gathering valuable information for themselves and for their team. There are five of them currently.

This Legend is a well-seasoned hunter.

Foes leave behind clues for you to find.

So, to immediately clear things up, all the clues will exist for 90 seconds before disappearing. Here’s every one:

Tactical Ability: EYE OF THE ALLFATHER

Briefly reveal enemies, traps, and clues through all structures in front of you.

The cooldown for this ability is 25 seconds, and the maximum operating distance is 75 meters. Enemies that get scanned will be informed that you have scanned them. This ability lasts for three seconds. It’s a great “wallhack” ability.

Ultimate Ability: BEAST OF THE HUNT

Transform into the ultimate hunter. Enhances your senses, allowing you to see cold tracks and move faster. Downing opponents extends the duration.

This ability increases your speed by 30%, turns your vision into black and white (while keeping the enemies painted red), and reduces the cooldown of your Eye of the Allfather ability to just 8 seconds. Pretty neat, right?

Why WOULDN’T you want to know these matters beforehand?

This Legend is brilliant to obtain and share intel on enemy movement.

Crypto and his teammates see what his Surveillance Drone detects up to a 30m distance.

Drone range is 200 meters, and if you overextend that, it will be recalled. Cooldown is 40 seconds. You are stationary while piloting the drone and should you take any damage, you will immediately regain control of your character.

Charge up an EMP from your drone. The blast deals 50 shield damage, slows players, and destroys traps.

After three seconds of charging up this ability, a fabulous explosion will take place. Enemy minimaps will be disabled temporarily.

This Legend is one of the most mobile ones in this class.

Scan a Survey Beacon to reduce the cooldown of Zipline Gun.

Grapple to get to out-of-reach places quickly.

Hook has a 21 meter range, attaches to the first (solid) object it hits, and pulls you to it. If you hit a player, you’ll be joined together.

Create a zipline for everyone to use.

We sometimes make “jokes” about what abilities we find similar to some other characters from other games in hopes that at least some of you readers can make a connection, and we couldn’t help but remember the South Park zipline episode!

Jokes aside, this Ultimate creates a connection between your current position and the place that you have targeted. Combined with Grappling Hook, you can really, REALLY move a lot with Pathfinder and also help your teammates to bridge over otherwise impassable objects.

Another Legend with great mobility.

Press the jump key while in the air to engage jetpack. You can switch between hold and toggle mode in the options menu.

You can use the jetpack for about seven seconds consecutively. Refueling takes 10 seconds from 0% to 100% (10% per second) and while you’re using it, you can only use Missile Swarm to defend yourself.

Fire a swarm of mini-rockets that damage and disorient the enemy.

Pharah from Overwatch, anybody? This ability launches twelve missiles and deals damage to enemies (the first missile does 25 damage and stuns, while every consecutive deals just 3).

Press once to prepare for launch. Teammates can interact with Valkyrie to join the launch. Press again to launch into the air and skydive.

If you want to relocate fast to a different part of the map, this is the ability for you. You will fly up almost 200 meters in the air (along with any allies that pressed the interact button on you).

Hear and visualize the heartbeats of enemies within 75m when aiming down sights.

Summon micro-drones to emit a delayed blast that goes through walls interrupting and revealing enemies.

This ability looks like a cylinder when deployed, is 75 meters long, and its diameter is 8 meters. It interrupts Legend abilities and inflicts a silence that lasts just over a second. On top of that, all impacted enemies are revealed, along with their health bars to you and your teammates for eight seconds.

Create a sphere of micro-drones that reveal the location of enemies moving quickly or firing their weapons within.

This sphere is a great intel provider since it has a diameter of 65 meters and lasts half a minute. It has 125 HP and can be destroyed, but if you hide it well, you can definitely impact the outcome of a fight greatly.