Why not LaserDiscs? Nobody puts LaserDiscs in videogames 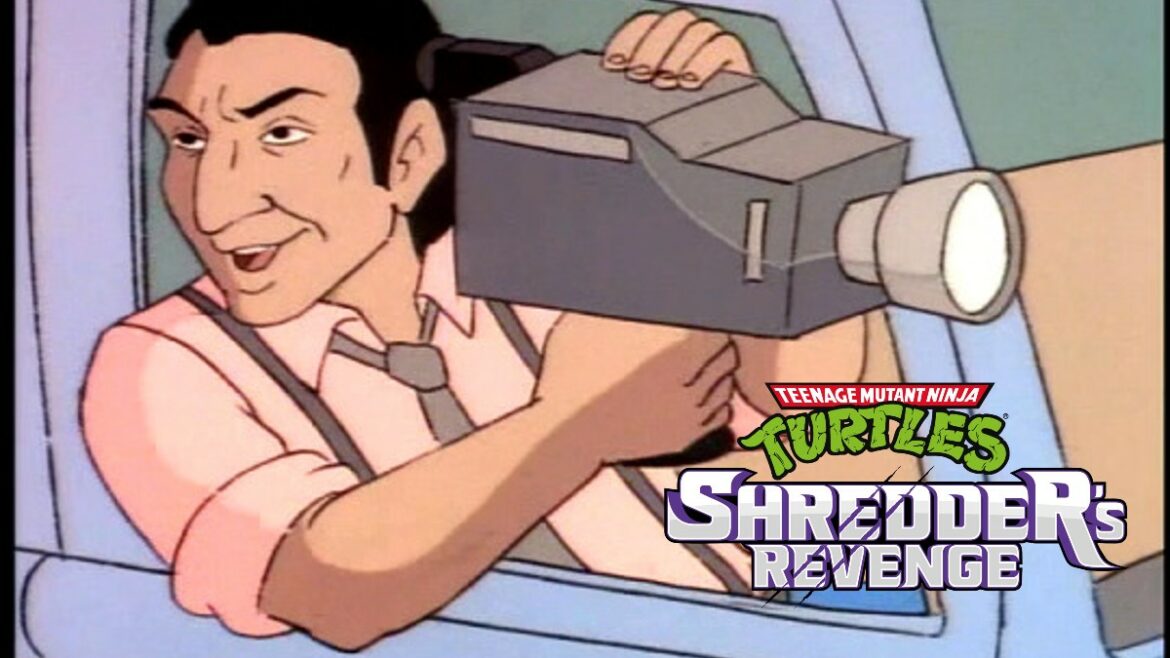 Teenage Mutant Ninja Turtles: Shredder’s Revenge has you collecting a lot of seemingly random objects. Newspapers, Secret Diaries and Disgusting Bugs so far, and now we’re looking for VHS Tapes. Yes, we get it you guys, TMNT was blowing up in the late 1980s. We understand. Imagine a child in Current Year playing this game and having no idea what a VHS is. I wouldn’t blame them! These collectible guides are making me feel old, and that’s not only because my second inclination after this bit was to make Donkey Kong 64 jokes.

There are five VHS Tapes hidden across as many Episodes in TMNT: Shredder’s Revenge. I noted in the last guide the numbers were gonna keep going up, but apparently, it only felt that way. That’s what happens when you’re trying to master a game in like 72 hours. Anyway, let’s get on with it.

After cleaning up the food court, the heroes make their way deeper into the local mall, to where the actual stores are. This is also where a new kind of Foot soldier appears, wielding large morning star-style weapons. You’ll also find a tape here by a Punk Frogs (these losers again) billboard that… has an actual Punk Frog standing behind it. It would be great if I could chuck those guys into the sunglasses displays instead of the ninjas.

It’s everyone’s favorite level, the one in which every screenshot looks the same! I couldn’t tell you what’s happening in the image below, but it’s the only one I got and I am not starting this game over again. It seems like most of the VHS Tape locations are in precarious spots. You know, ones where it’s hard not to accidentally break the object during a fight and collect a tape while you’re eating cement.

Once again, we find a VHS Tape in an awkward spot that makes my F12-smashing life difficult. But we made it happen somehow folks, even if the weird, still-spawning “GO!” looks like a nonsensical green blotch on the screen. At least Splinter is more or less in frame.

Good ol’ Dinosaur Stampede! This has been my favorite level for specifically these purposes, thanks to all the weird stuff everywhere. Landmarks make this extra helpful. You could mention anything on this screen and be good to go. Moose skull! Dead bugs! Dinosaur skeletons! Snake… scepter thingy! It’s all here to help you find the VHS Tape.

This was the worst screenshot to take. Yes, even worse than the mangled one I got from the rooftop level. Those ceiling gun turret things move pretty fast, and since I had revealed the VHS Tape already I had to get a clear shot of it while trying not to get mugged. But as you can see, I am in fact the one who did the mugging and got a clear shot of the item. Go me!

We’re almost done, folks. Two more hidden collectibles guides to go and that’ll be a wrap on this game. And to be fair, it’s a pretty great game if I do say so myself.