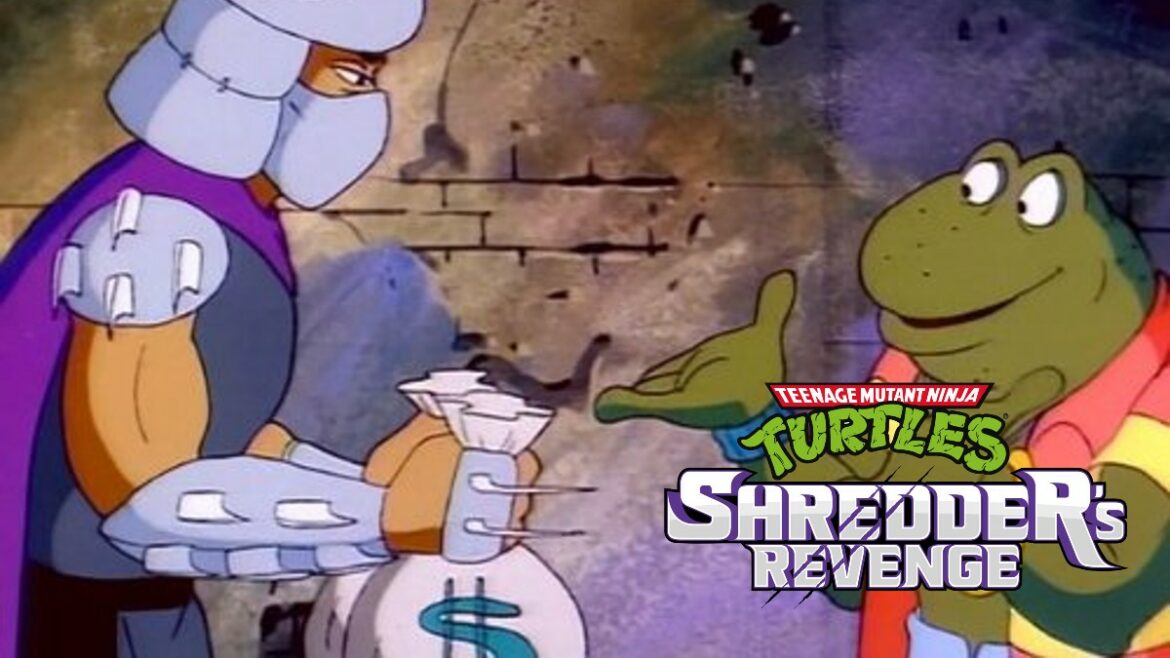 What the hell is a Punk Frog? I’ve watched a bunch of these cartoons and I don’t remember these goons one bit. Weird to miss something in every single iteration of this series. Anyway, the Punk Frogs are hidden all over the place in Teenage Mutant Ninja Turtles: Shredder’s Revenge. Eventually they’ll ask you to find Disgusting Bugs for them. Awesome. If you’re in need of some help finding all the Disgusting Bug locations, we’re here to help. Awesome.

This time around there are eight of these little suckers, so these Special Requests are really starting to feel like work at this point. Especially when you’re just picking up stag beetles for some jerkface frog guys. But if you’re a completionist, you’re gonna need to get this task out of the way.

Disgusting Bug #1: Rumble in the Zoo

As you can see in the screenshot, there’s a fight against some colorful Foot soldiers in front of a broken monkey cage and a parrot. Those monkeys are evil, and you’ll understand what I mean when you get there. Anyway, the bug-carrying breakable object is right in the middle. It’s pretty hard to miss.

Disgusting Bug #2: King of the Spill

In the sewers, you’ll come to a wall of pipes before the stage starts scrolling downward for a moment. The bug is sitting in the top corner to the right. Don’t accidentally let it scroll by!

Apparently some malls in the 80s and 90s had things like arcades and concession stands! Where I lived growing up, I was lucky to have a bookstore. At least I wasn’t running the risk of finding a Hercules beetle the size of my foot while trying to buy some popcorn.

There are several contenders for the worst enemy in Shredder’s Revenge, and if the spear guys aren’t at the top they’re pretty darn close. There’s a bug hidden here right next to a pizza, but the toolbox and safety cones are gonna be your main landmarks.

I learned a lot about New York City while I was playing Shredder’s Revenge with Prima Teama colleague Jesse Vitelli. For example, the map has Coney Island in the wrong place! Granted, he also said he lives under a bridge in Central Park, so it’s a little unclear if we can trust him or not. Who could say? Anyway, there’s a bug here by some trash cans and graffiti. You’ll find it; it’s fine.

This is a very bland level, but the boss fight at the end is pretty good. There’s a truck bed with some mousers hiding in boxes (you can see it in the screenshot, to the right). If you go past that well, buddy, you’ve gone too far.

Sometimes it can be difficult to point out spots in a level, especially since the environment can look pretty samey throughout the stage. There are cones all over the place, how do I know it’s this corner and not that corner? Well, the bug in Dinosaur Stampede! is no problem because it’s right in front of a medieval torture device.

Finally! You won’t get all the stinkin’ disgusting bugs in Shredder’s Revenge until you’re in the back half of the whole game. Luckily it’s super easy to find, although it’s part of a real pain in the ass part of the level.

Thank goodness that’s over with. For now. I have like three more of these to do. No more today, because as you can see I’ve been slowly losing my composure since this morning. Cowabunga?