All Sheet Music Locations in Stray

Collect all of the music! 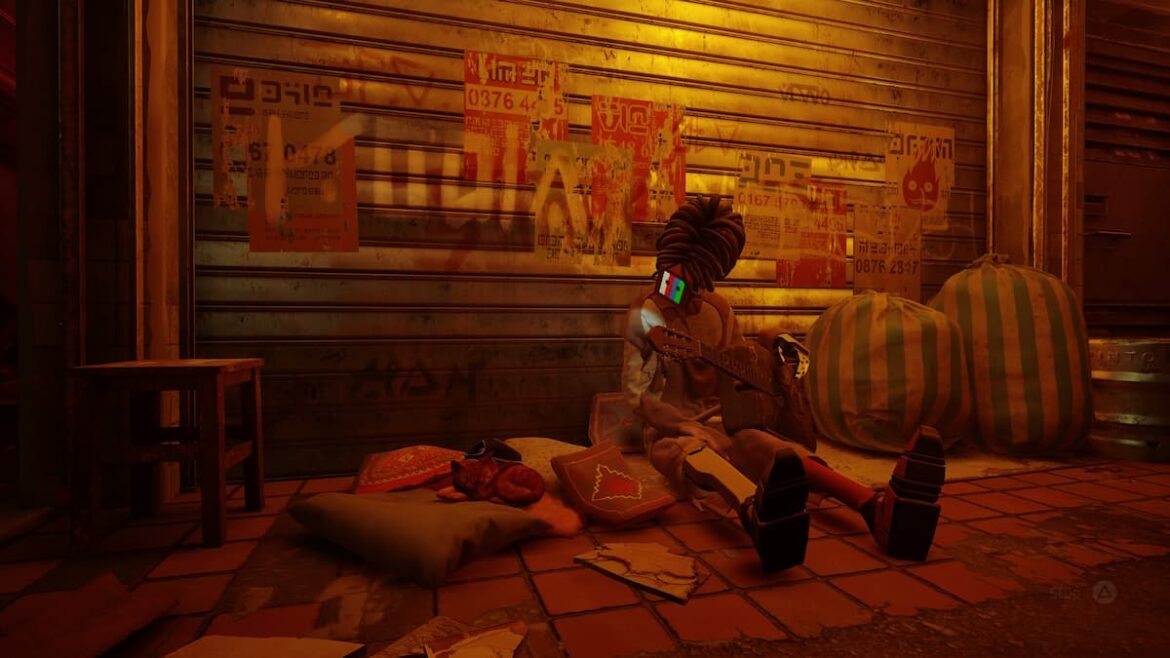 Stray has you meandering about as a cat in a world filled with robots. You’ll be tasked with finding various collectibles throughout your time with the game. Many of which are optional, but if you want to see everything the game has to offer, you’ll want to keep an eye out for all of them. Early on, when you first reach The Slums, you’ll be asked to collect eight pieces of sheet music. Here are all of the locations of the sheet music in Stray.

This is actually the last one you’ll collect, as you’ll need to head to Momo’s apartment at the top of the Slums. You can go here whenever, but we recommend grabbing this one last since it’s part of the main questline. Once you’re inside Momo’s apartment, go through the slots in the bottom of the door to the left, and hop up on the shelf to grab the first sheet of music.

For this one, you’ll actually just find it sitting on a table on the rooftops above. Head up to any rooftop and look for the open window with light pouring through it. Instead of going through it, look to the right; you’ll see some pipes you can climb on to find a single table and set of chairs with the second piece of sheet music sitting on top.

You’ll need to reach eh Elliot Programming building for this, which is found in the alleyway before the laundromat. You’ll see a door with a bunch of maps taped to the front, walk up and scratch on the door for it to open. Directly across from the door will be the third sheet of music hanging on the wall next to some postcards.

For this one, you’ll need to purchase it from the merchant to the right of the Guardian robot you talk to when you first enter the area. You’ll need to trade it for an energy drink, which can be gained from any of the vending machines in the area. Just walk up to it and click the interact button to obtain the drink.

Related: All Notebook Locations in Stray

Head over to Duffer’s Bar, which can be found right before the Guardian. Head up to the bar’s second floor to find the music sitting on the middle booth table.

Leave the bar through the second-floor window, hop up to the roof and go around the corner. That open window you saw earlier when collecting the second music sheet is where you’re headed. Hop in that window and go through the broken door directly across. The music sheet will be sitting on the bookshelf directly to the right.

Head to the area where two robots are throwing paint cans. Look to their left to find a couch and television on an abandoned roof. From there, you’ll see another area you can get into, which will lead you to the Library (you’ll need to come here for the notebook later, so if you haven’t found it yet, you’ll be guided here later).

Once inside the library, you’ll find the seventh sheet of music on the piano in the middle of the room.

This one is a little tricky. Near the sewers entrance, you’ll find a mysterious safe near the musician’s right with a post-it note on it. This note will be a series of binary that you can not decipher. You’ll need to take this note to Elliot on the second floor of the programming building (where you found sheet music 3).

Elliot will point you to Duffer’s Bar, where you will need to hop onto the bar’s counter and knock down the painting on the left side. You’ll use this code for the safe and to get the eight-sheet music.