All Notebook Locations in Stray

I hope you're taking notes. 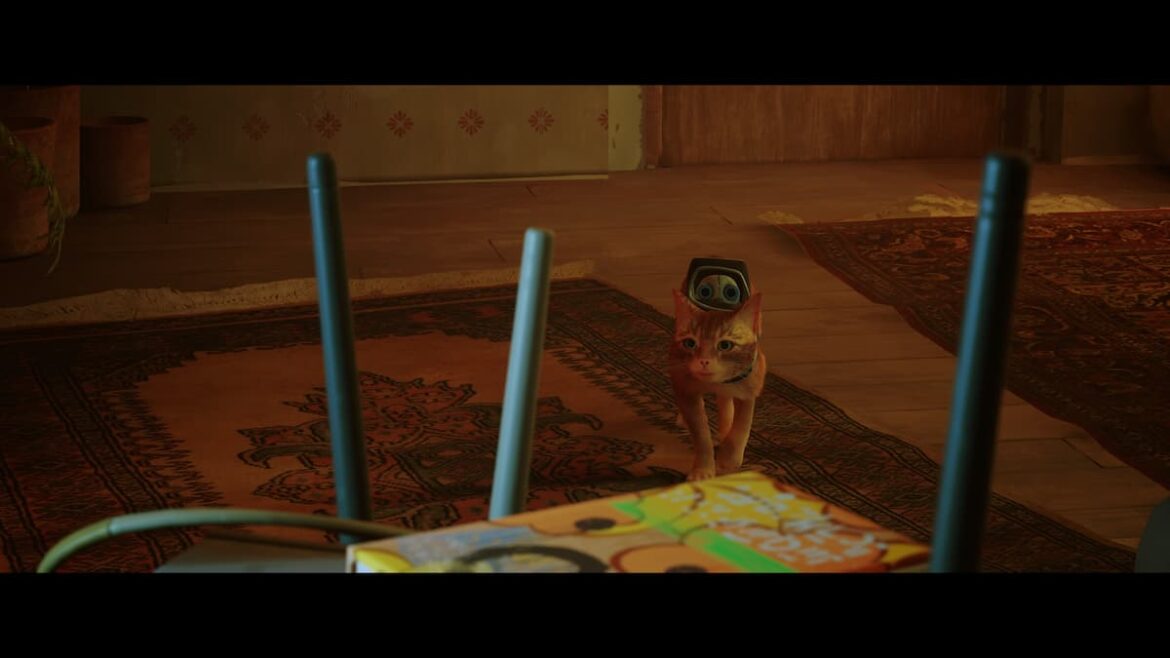 As you climb around and cause trouble in Stray, you’ll also be tasked with helping some of the locals around town. After all, you’re far more nimble than any of these robots wandering about. Pretty early on, you’ll need to find four notebooks for a character to progress the main quest. Here are all of the notebook locations in Stray.

This one is given to you by Momo in its apartment. You might come across other notebooks before this one, but you’ll need to talk to Momo actually to begin the quest after receiving this book. You’ll find Momo’s apartment up by the giant neon orange sign above the slums.

When you leave Momo’s apartment, look to your left, and you’ll see a blue symbol on the side of a building rooftop. This mark indicates that a notebook can be found in this area. Head over there. You’ll need to pull a battery off of the ventilation system on the roof to jump through the fan to gain access to inside the apartment.

Once inside, hop up on the stack of cardboard boxes and knock them over. Here is where you will find Zbaltazar’s notebook on the ground.

Now you’ll need to head to the Library, which the blue symbol can find right near the couch and the television on the roof. If you’re having trouble spotting it, look for the two robots throwing paint cans and simply go left from there.

Right past the couch and TV will be the entrance to the library. Inside you’ll need to head to the opposite side from where you entered and look for a bunch of stacks of books blocking off a room. Hop over the books and go to the mattress on the floor. This is where you’ll get the keys to the safe. Now hop back over the books and go to the middle row of the bookshelves to find the safe wedged in the middle. Open it up to receive Doc’s notebook.

If you’ve already gotten sheet music 6, which is located in the open window above the bar, you’ve probably already found Clementine’s notebook. If not, you’ll need to look for an open window with a red lantern out front. Go into the window, climb through the broken slows in the sliding doors, and go left into the room with the computer. Hop up on the desk to grab Clementine’s notebook.