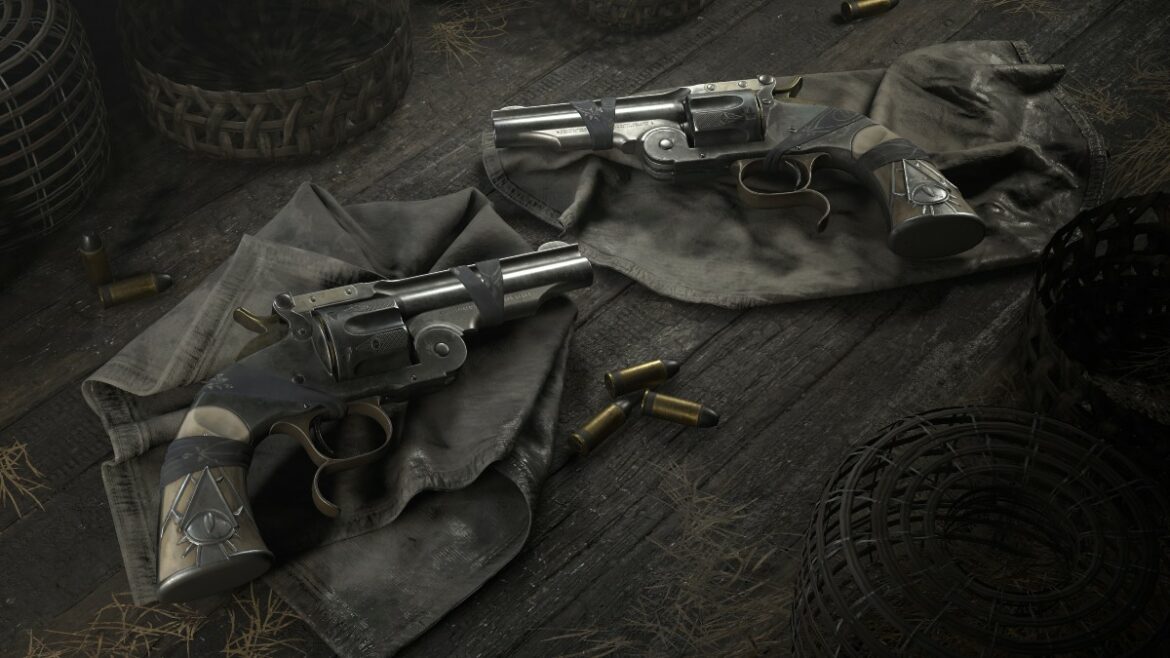 Serpent Moon is the latest event to arrive in Hunt Showdown, and as one of the largest events to date, there are plenty of new Legendary Weapons to earn in the game. These legendaries are cosmetic variants of existing weapons in the game that offer some unique looks and the Serpent Moon Event has a few methods to earn them.

Most of the new Legendary Weapon variants in Hunt Showdown can be found in the Serpent Moon Battle Pass for the season. The pass is called the Gilded Path for the base premium version, and it contains a handful of options. Sticking with the free version of the pass will also have legendaries to earn, and anyone who plays the game can earn these with event points. On top of the passes, there are two new DLC packs that contain Legendary Weapons. Every weapon cosmetic you can get is listed below.

You’ll notice above that some of the weapon names have an “x3” next to them. This isn’t part of the name itself, but rather how many of that weapon type you’ll receive when you reach that level. If you happen to lose one of these Legendary Weapons, it’ll be gone from your inventory, but you’ll always have the option to buy one again with in-game currency. However, you need to earn at least one version of the skin first, and of course, having multiple versions of that weapon always helps.

And that’s all there is to know about the Legendary Weapons in the Serpent Moon event. For more guides, tips, and news check out our dedicated Hunt Showdown section.