All Fighting Pokemon Weakness and Counters in Pokemon Scarlet and Violet 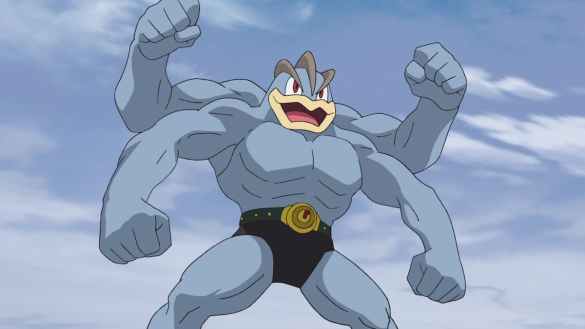 Fighting types started out as mostly stereotyped versions of martial artists but quickly evolved into a more diverse and consolidated Pokemon type. While there are still many of those human-like, caricatural versions of real-like fighters, they’re still very unique and powerful in their own way.

It’s no surprise to see that Fighting is one of the best offensive types in the game, hitting for five different types with Super Effective damage. Talk about a powerhouse! And that’s why it’s important to know their proper weaknesses and counters in Pokemon Scarlet and Violet, which will be presented here.

All Fighting Pokemon Weakness and Counters in Pokemon Scarlet and Violet

While Fighting types have wide coverage, they can also be easily covered with some of the most common types. Here’s what you should be using against them.

Three types can make quick work of any Fighting type kicking their way to victory. Aside from Fairy and Psychic, the extremely common Flying type is also a hard counter for those physical attackers. With plenty of them to choose from right from the beginning of Scarlet and Violet, beating Team Star’s member Eri is not as hard as it seems.

Related: All Normal Type Weaknesses and Counters in Pokemon Scarlet and Violet

Since there are 3 hard counter options, some easy-to-get options that you can choose from as the doom for martial artists include Sylveon, Talonflame, Gardevoir, Armarouge, and Kilowattrel for hitting weaknesses directly. A Ghost-type like Gengar or Ceruledge is always a good call too as they’re completely immune to Fighting attacks.

Almost every single Fighting type Move is also a physical move, so having any Pokemon with a high Defense stat can be enough to tank some hits without greater casualties, assuming that it doesn’t have a Fighting weakness. But with so many options available, there’s no reason to choose for such a ‘mon.